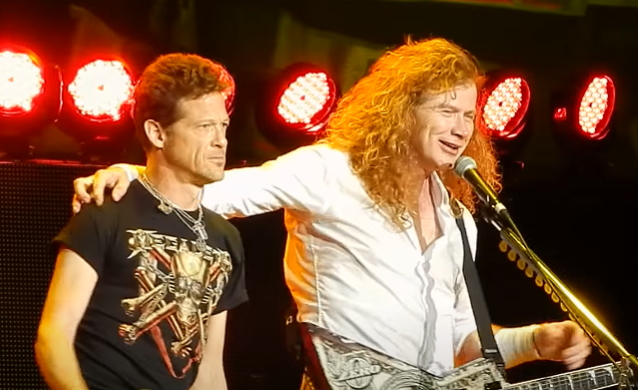 Ever since MEGADETH officially fired Ellefson last Monday (May 24), speculation has been rife that Newsted will step in to fill the bassist role on the band's upcoming summer tour with LAMB OF GOD.

Earlier today (Sunday, May 30), Jason's wife Nicole took to her Instagram to pour cold water on fans' hopes of seeing her husband share the stage with Dave Mustaine and company.

"1. Jason is not joining MEGADETH. peace to them. Listen to metal

"2. Jason does not have social media accounts; this includes but is not limited to TikTok, Instagram, Facebook, Twitter, YouTube, Onlyfans and Tinder. "If you are receiving dm's from the Jason Newsted music account or any other account claiming to be Jason please know this is not Jason and proceed at your own risk".

In a February 2020 interview with Florida Daily Post, Newsted said that a series of shoulder surgeries on both arms set him back and initially rendered him unable to play his instrument. He is still not back to 100 percent.

"I can't play the full METALLICA stuff; I couldn't do the show anymore like that," he admitted. "I know for a fact I cannot play the way that I would want to play in VOIVOD, METALLICA — any of those bands. I don't have the physicality to do that anymore."

Newsted performed the classic METALLICA song "Phantom Lord" with MEGADETH on August 11, 2013 at the final show of that summer's Gigantour in Toronto, Ontario, Canada.

Newsted, who quit METALLICA in February 2001, was the frontman of NEWSTED, which took part in the 2013 edition of Gigantour, the critically acclaimed package festival founded in 2005 by Mustaine.

Mustaine, who was one of the original members of METALLICA, was fired from the band by drummer Lars Ulrich in 1983. He was replaced by Kirk Hammett and went on to form MEGADETH and achieve worldwide success on his own.

Three years ago, Ellefson said that he was considered for the bassist position in METALLICA after Newsted left the band two decades ago.

Newsted exited METALLICA after he clashed with James Hetfield over the release of an album by ECHOBRAIN, Jason's side project. He was replaced by producer Bob Rock in the studio, for the recording of 2003's "St. Anger" album, and then permanently by former OZZY OSBOURNE bassist Robert Trujillo.

In an interview with The Metal Voice, Ellefson was asked if there was any talk about him playing with METALLICA once it was announced that Newsted had split with the group. "They didn't call me," David said. "I know that there was a conversation about considering me. I know Lars and Dave [Mustaine] had chatted, 'cause [METALLICA] were putting their short list together. And, to be honest with you… I mean, look, METALLICA are great, and I'm a fan of theirs and friends with them, and I would be there to be of service with them in whatever way, but they, I think, made their decision right around the time when MEGADETH had disbanded in 2002."

MEGADETH is currently scheduled to take part in "The Metal Tour Of The Year" with LAMB OF GOD, beginning on August 20 in Austin. MEGADETH is also slated to appear at the SLIPKNOT-curated Knotfest in September in Iowa.

MEGADETH has yet to announce a replacement for Ellefson, who was in the band from its inception in 1983 to 2002, and again from 2010 until his latest departure. 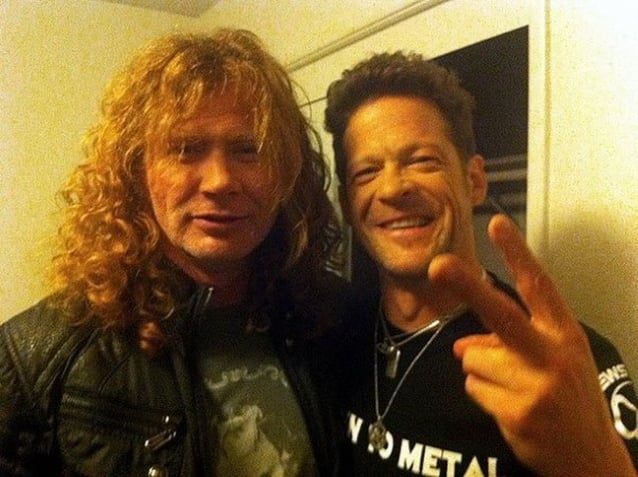