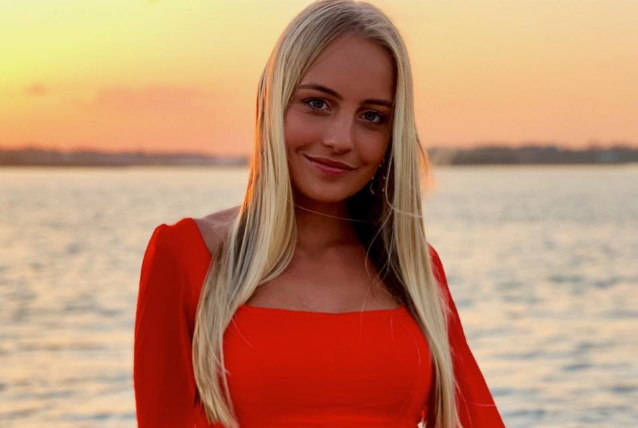 Madison "Maddi" Lane, the daughter of late WARRANT singer Jani Lane, has released her cover version of WARRANT's song "Stronger Now". All proceeds from the sale of the song on Bandcamp will go to Nourish NC to provide meals for the children that are being impacted by the novel coronavirus.

She wrote: "I was asked to sing at the UNC Kenan Flagler graduation ceremony on behalf of the Shuford Program in Entrepreneurship this coming May, and I was honored, excited, and nervous. The song I chose was one my favorite songs of my dad's called 'Stronger Now'. At the time, I felt that it related well to all of us enduring the ups and downs of becoming adults throughout college and learning to navigate this crazy life — a bittersweet ode to end our college experience.

"Unfortunately, this pandemic took away the ability to not only perform this song, but for us to even have a graduation ceremony, to do all of our 'lasts' before graduating, to go on the many trips we had all planned. In essence, this has brought immense change into our lives, but it's up to us to make the most of this and come out on the other side stronger, rather than let it consume us.

"In light of this, I feel more obligated than ever to release this song. Art and music are forms of expression that are timeless and dependable, and allow us to come together, to be inspired, to escape from what's overwhelming us, and to see things from a different perspective. As a society, we're having to dig deep and get uncomfortable in order to combat this virus, but once this is finally over, we'll be so much stronger."

This is not the first time Madison has covered one of her father's songs. Back in December 2017, she posted her version of WARRANT's hit single "Heaven".

The 22-year-old Madison is the daughter of Jani and actress Rowanne Brewer, a former Miss Maryland USA. Jani and Rowanne married in 1996 and divorced in 2005.

Rowanne, an ex-girlfriend of Donald Trump, made headlines in 2016 after she publicly called out The New York Times and accused two reporters of lying to her. She appeared on "Inside Edition", Fox News, CNN and other outlets, claiming The New York Times twisted her words about her former flame Trump.