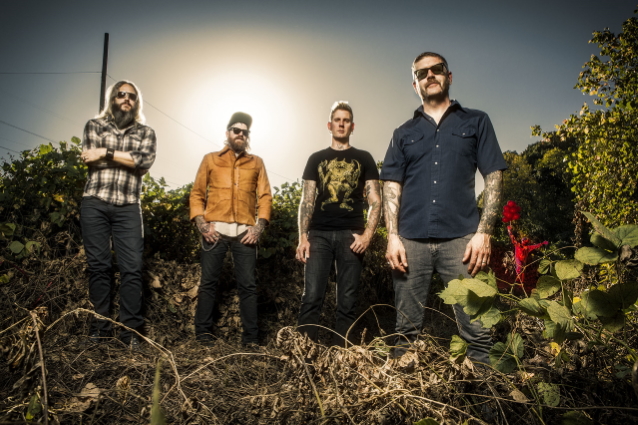 MASTODON has released the artwork for what appears to be a new album titled "Hushed And Grim". The Atlanta progressive metallers shared the jigsaw puzzle-like pieces of the mystery image on the band's social media accounts and their fan e-mail list. No further details are currently available, but the LP is expected to be released sometime this fall. The follow-up to 2017's "Emperor Of Sand" was recorded at West End Sound, which is located inside of Ember City, the rehearsal facility that members of MASTODON manage in Atlanta. Helming the effort was Grammy-winning producer/mixer/engineer David Bottrill, who has previously worked with MUSE, DREAM THEATER and TOOL, among many others.

In a March 2021 interview with Talking Metal, MASTODON guitarist Bill Kelliher stated about working with Bottrill: "Honestly, I hadn't really heard of him before last year. We were kind of tossing around who we were gonna use for the new record. We have a couple of different producers that we like; I mean, we've liked everyone we've used in the past. But I think, with this record, we kind of were just, like, 'We might need somebody new — somebody really fresh and brand new.' And we got on the phone with David, and we had a couple of other people we had been talking to. With COVID and everything, a lot of people just weren't available or willing to come to Atlanta."

He continued: "When we got on the phone with David, he seemed like a great guy. He already had some of the demos, so he had all kinds of notes. That's what you need a producer for — someone who kind of thinks outside the box. The four of you have been playing the same songs, demoing the same songs for so long, you're kind of, like, 'Is this even good anymore? I can't really tell. Does it need something? I'm kind of lost.' It's like you can't the forest through the trees. You're, like, 'What's what? Everything's upside down.' So he came in and he was diligent. He had all kinds of notes written out. He had done his homework. And he was, like, 'For this song, I have this idea. For this song, I have these ideas.' And he kind of spouted them off to us on the phone. And I said, 'Are you willing to come to Atlanta and work with us here, sight unseen, at our studio?' And he was, like, 'As long as the studio's got the certain equipment that I need, and it's a decent-sized room and everything…' We had done a lot of other records there with other bands. And he was willing to come down."

Kelliher admitted that he initially "wasn't really into trying anything new, but the more I thought about it, I was, like, 'You know, this record is really special, and it's different, and times are different right now.'"

As it turned out, "David had a lot to do with steering the direction of a lot of the sounds and how it went, and he was a pleasure to work with," Bill said. "A couple of times a week, we talk. And he'd come over for dinner, and we'd all hang out. He's just a down-to-earth guy and very approachable."

Elaborating on Bottrill's approach in the studio, Kelliher said: "I think 90 percent of being a good producer is really having a degree in psychology, almost. 'Cause when you're dealing with fragile egos… We're band guys, we're musicians, we pour our heart and soul into a musical riff, and it really means a lot to us. It's just heartbreaking if somebody's, like, 'I don't like that riff. That riff sucks. That's not gonna be in the song.' You can't say that. You have to circumvent the obvious, like, 'Man up and get rid of that riff. Write something better.' And that was one of my first questions: 'How do you deal with if there's certain people in the band that might be more sensitive than others?' And he's, like, 'I've worked with so and so and so and so.' He's, like, 'I'm just a big fan of your band, and I just wanna make your best record that we set out to make.' And he just had a really good way with words without insulting anybody's creativeness. He was firm. And we basically tried everything. He said, 'I don't have a problem with trying anything at all. If you're gonna do it, do it with gusto and just go for it and try it. If someone [goes], 'Hey, I wanna try to sing here,' 'Hey, I wanna try to play a solo here,' hey, let's try it. Maybe it doesn't fit, but we never know until we try it. So we all just kind of [went into it] with open minds, and the result is amazing. It's the fullest-, biggest-sounding record we've done so far."

MASTODON's new disc will mark the band's first collection of new material since the death of longtime manager Nick John and the passing of tour manager Bob Dallas.

MASTODON drummer Brann Dailor told Full Metal Jackie's syndicated radio show that he and his bandmates wrote more than two albums' worth of material in the months leading up to the recording sessions for the new LP. 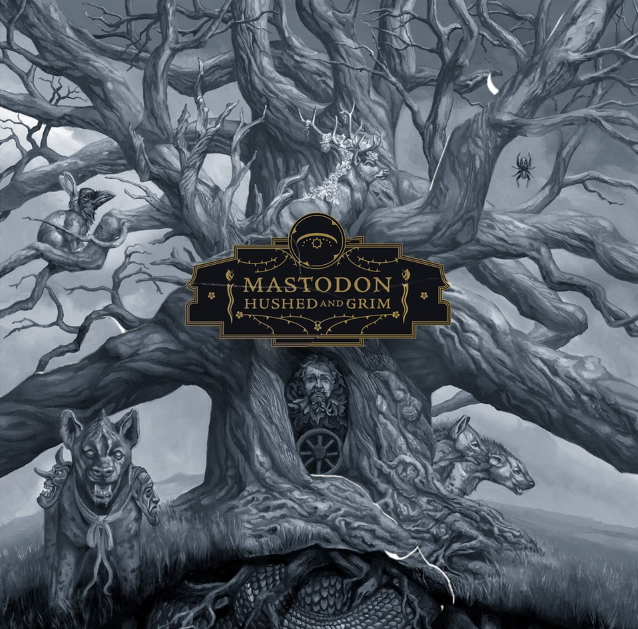