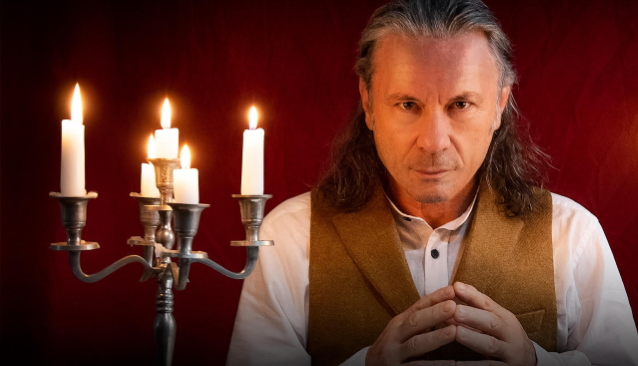 So there's plenty to be entertained by, throughout the evening's cornucopia of fascinating tales and derring-do exploits, all delivered by Bruce with characteristically infectious enthusiasm and wry wit.

Dickinson recently told Pablo of the Minneapolis, Minnesota radio station 93X about his current spoken-word tour, which kicked off in his native United Kingdom in August: "It's hopefully reasonably amusing. It's a look at how a spotty kid from the middle of nowhere ended up being the singer in IRON MAIDEN wearing crazy trousers, and all points in between. And it covers the cancer thing. It covers a lot of the early-days stuff, like how I learned to sing, all the weird stuff that happened to me at school and what formed your personality [and] character — all done with a very dark sense of humor, I hope. And then we take a break, and then the last 45 minutes, one hour-ish is basically improv. And so what I do is I take cue cards from the audience they write on the night, and I arrange them into kind of an improv script. Then I do that. That's the show."

Back in October/November 2017, Dickinson read from his autobiography, "What Does This Button Do?", talked about the experience of writing it and answered questions from the audience at half a dozen U.S. appearances, including in New York City and Los Angeles.

Bruce previously told iNews that he wanted to cover his cancer battle in his 2017 autobiography to raise awareness of the condition, which affects people who often have no or minimal history of tobacco or alcohol abuse. The individuals with HPV-related oropharyngeal cancer who undergo treatment have a disease-free survival rate of 85 to 90 percent over five years. Dickinson also expressed disdain for some of the media outlets that suggested he may have gotten tongue cancer from performing oral sex on women.

IRON MAIDEN's 17th studio album, "Senjutsu", was released on September 3 via BMG. The band's first LP in six years was recorded in 2019 in Paris with longstanding producer Kevin Shirley and co-produced by bassist Steve Harris. 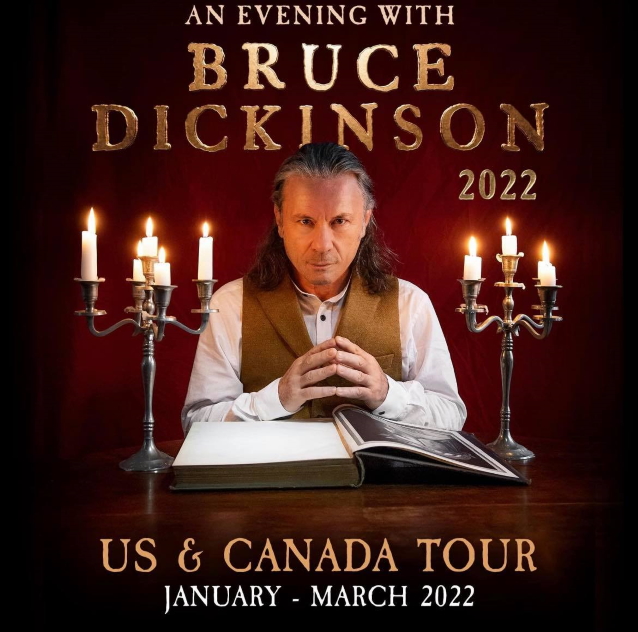