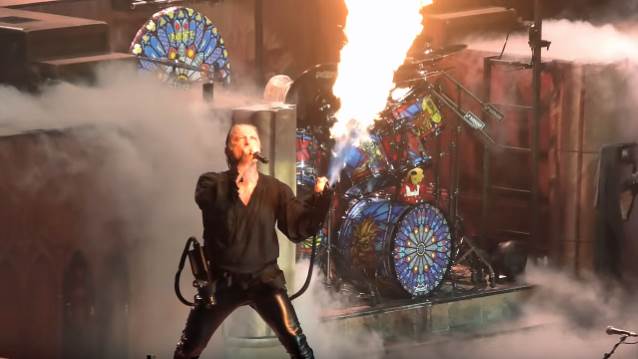 Fan-filmed video footage of IRON MAIDEN's July 27 performance at Tauron Arena in Krakow, Poland can be seen below.

IRON MAIDEN has been opening its concerts on the current trek with "Aces High" and continuing with "Where Eagles Dare". Other notable tracks aired during the set include the Blaze Bayley-era classics "The Clansman" and "Sign Of The Cross", as well as three additional songs that are being performed for the first time in years: "For The Greater Good Of God", "The Wicker Man" and "Flight Of Icarus".

This past March, IRON MAIDEN singer Bruce Dickinson said in an interview that there will be "one or two things" in the "Legacy Of The Beast" setlist "that people are gonna be really surprised by" and predicted that "there'll be social media madness after the first show."

The concept for the "Legacy Of The Beast" tour was inspired by MAIDEN's mobile game and comic book of the same name and the stage set design features a number of different but interlocking "worlds" with a setlist covering a large selection of 1980s material with a handful of surprises from later albums to add diversity.

The U.K. leg of IRON MAIDEN's "Legacy Of The Beast" tour kicks off in Newcastle on Tuesday, July 31.

Since the tour's opening night in Tallinn, Estonia at the end of May, the band has already played to around 750,000 fans in sold-out stadium, arena and festival shows across Europe, including selling out the prestigious Atletico Madrid football stadium in Spain. 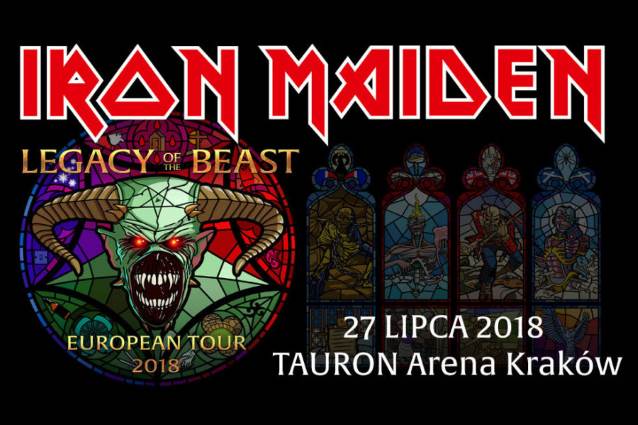