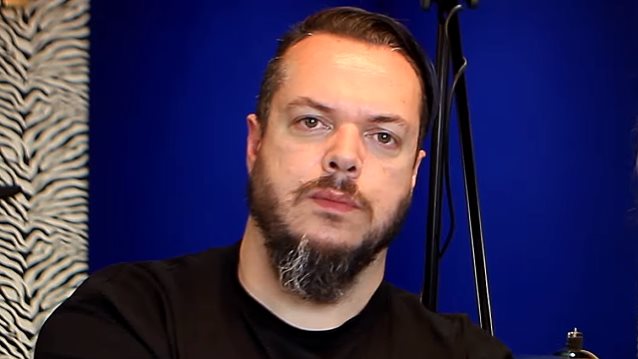 Igor Cavalera spoke to Australia's Silver Tiger Media about "Psychosis", the upcoming fourth album from CAVALERA CONSPIRACY, his collaboration with his brother and fellow founding SEPULTURA member Max Cavalera. Due on November 17 via Napalm Records, the disc, which was produced by longtime friend Arthur Rizk, was recorded primarily at a studio in Phoenix, Arizona.

Igor said (hear audio below): "Well, it's pretty much done. We just got the masters back. Me and Max, we just spoke about this, and we're so excited about this record, it's insane. It's one of those things where we can't stop listening to it. So I can't wait to have this album out, because it does represent exactly what we're thinking right now musically, with the influences of [playing the entire] 'Roots' [album] and, of course, all the new ideas that we have, listening to new bands. It's a compilation of all that. So I'm super excited about the new record. I hope people will feel the same."

Asked what drives him to keep playing extreme music more than three decades into his career, Igor said: "I think it's just non-stop learning. That, for me, is the right word. 'Cause with drummer, or any instrument, you never stop learning. Every day I listen to certain music, I watch something, like a drummer, I'm just learning [from] it. And then trying to translate that to what I do in music, that's very important. So I think that's where the energy comes from — it's from never being comfortable with what you do, [and] always pushing more and more."

He continued: "I think the minute you think you've done enough, I think it's over. I think in anything — in arts, in sports — as long as you're pushing, that's how you keep moving."

"Psychosis" was mastered by Joel Grind from TOXIC HOLOCAUST and features a guest appearance by Justin Broadrick from GODFLESH on the track "Hellfire". Other songtitles set to appear on the CD include "Impalement Execution", "Terror Tactics", "Excruciating", "Crom" and "Insane".

Max and Igor have spent more than a year touring under the "Return To Roots" banner, which sees them celebrating the twentieth anniversary of SEPULTURA's classic album "Roots" by performing the LP in its entirety.