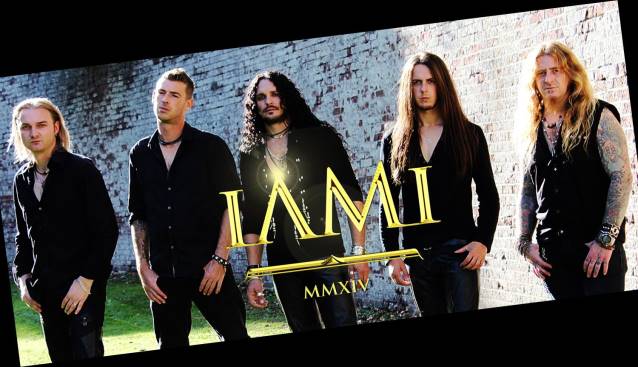 In a mutual decision, co-founder Jacob Ziemba (guitar), Neil Salmon (bass) and Andy Midgley (guitar) have decided to leave I AM I, the band led by former DRAGONFORCE singer ZP Theart. Ziemba, Salmon and Midgley explain in a statement: "Due to internal struggles and ongoing issues within the band, we feel it is our time to move on.

"This was not an easy decision, but a very necessary one at this point.

"We would like to thank all of our fans around the world for their support and enthusiasm.

"We ask you to respect our decision and look forward to seeing you all on the road somewhere in the future!"

I AM I's "See You Again" video can be seen below. The song was released as a single on November 11, 2013 (distributed by Plastichead).

A founding member of DRAGONFORCE, Theart made four studio albums and a live record with the band and toured the world for a decade, eventually performing to audiences of up to 85,000 people. His time with the group also saw him nominated for a Grammy in 2009.

After his departure from DRAGONFORCE in 2010, ZP worked tirelessly to put together his own group and, after catefully handpicking a set of expert musicians, the result was one of the most exciting new rock bands of 2012, I AM I. A promotional single entitled "Silent Genocide" in the summer was followed by the release of a debut album, "Event Horizon", in September 2012. Written and produced by ZP and Polish-born guitarist Jacob Ziemba and mixed and mastered by Roland Grapow (HELLOWEEN, MASTERPLAN), its stunning blend of melody-filled metal and riff-based rock topped off by ZP's soaring vocal performances completed a package that was acclaimed worldwide by critics and audiences alike.

Released shortly after their first festival performance at Bloodstock Open Air, I AM I supported the album with a set of U.K. dates. Tours with UGLY KID JOE and SKID ROW ensued, while the band also performed electric and acoustic sets at both Hard Rock Hell 2012 and Download 2013. Generating positive reactions wherever they have played, the band are an absolute must see live, while ZP performs honestly and effortlessly, epitomizing everything a real rock frontman should be.

"Stay A While" acoustic performance: