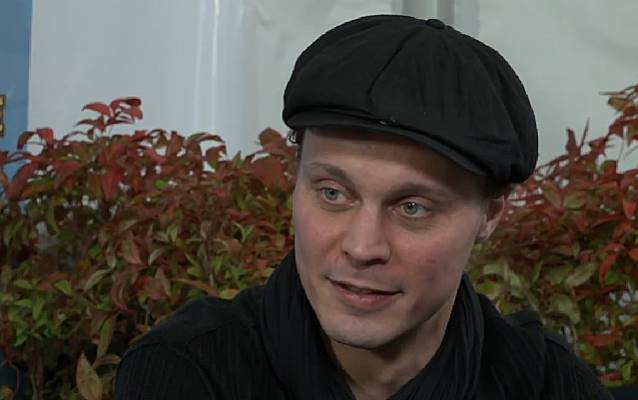 Heavy music presenter Christina Rowatt of Soundwave TV conducted an interview with vocalist Ville Valo of Finnish "love" metallers HIM during this year's Soundwave festival in Australia. You can now watch the chat below.