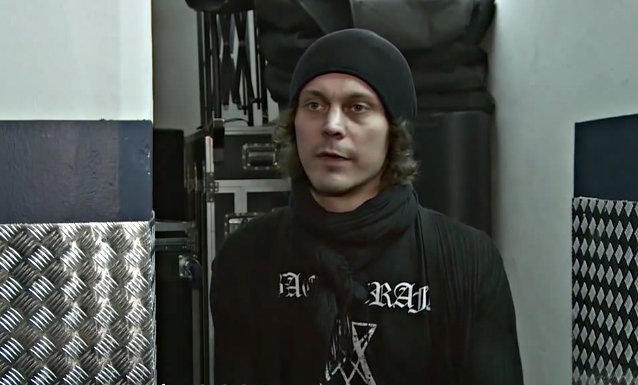 Finnish "love" metallers HIM will follow their current North American tour with a one-off show in their hometown before taking time off from the road and beginning work on their next studio album.

During a November 16 appearance on "The Louvau Show" on the 93.9 KWSS radio station in Scottsdale, Arizona, HIM frontman Ville Valo said: "After [we finish the U.S. run of dates], we're playing one show on New Year's Eve in Helsinki and then that's gonna be it for touring for a while, because then we'll have been on the road more or less, on and off, for about a year and a half. So that's a long time for us. So it'd be nice to sit down for a wee bit and start working on some new stuff. So this is gonna be our not a 'farewell,' per se, but sort of like a 'bye bye for now' tour, so it'll be a fun one."

HIM will release a limited-edition box set, "Lashes To Ashes, Lust To Dust: A Vinyl Retrospective '96-'03", on December 23 via The End. The box set includes the rare debut 1996 EP"666 Ways To Love: Prologue" on 180-gram heavyweight vinyl for the first time ever, along with an exclusive Heartagram logo slipmat and a USB drive with 37 bonus tracks, 80 tracks all together, all remastered. Also being released are four of HIM's iconic albums, "Greatest Love Songs Vol. 666", "Razorblade Romance", "Deep Shadows And Brilliant Highlights" and "Love Metal", in multiple configurations, all remastered with bonus tracks, exclusive liner notes, and special packaging.

"Originally, the box set and the vinyl thing was supposed to be coming out before the tour, but there was some hassle with the manufacturing plant or whatnot, [so it's now] gonna be available a week [after the U.S. tour ends], which is a pain in the butt, but what can you do?" Valo told "The Louvau Show".

Remaining HIM U.S. tour dates are as follows: 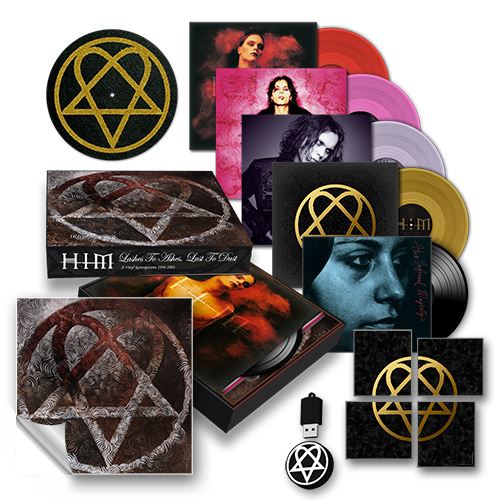