"After becoming completely obsessed with 'Money Heist', I became so inspired by 'Bella Ciao' and the history of the song," stated Ashba. "I couldn't wait to get into the studio and make my own GDM version. I wanted it to be epic and dramatic, with big bass, bone-crushing guitar, and an infectious beat that I know the fans will go crazy for. After it was complete, I was telling my friend, famous Disney artist Craig Fraser, about my new version of this classic song, and him being a fan of the show as well, got inspired, and created me this one-of-a-kind painting of the iconic mask from 'Money Heist'. I was so blown away; I thought it would make the perfect cover for this single."

Ashba will support the single with his first headlining show scheduled for November 12 at the Epic Event Center in Green Bay, Wisconsin. All ticket and meet-and-greet packages are available on www.ashba.us.

Last December, Ashba told "The Mark And HooGie Show" that he isn't concerned about getting any pushback from his rock fans over the musical direction of his new venture: "Honestly, I'm at a point in my career where I could give two fucks," he said. "I could care less. If people don't like it, kiss my ass. Go listen to SIXX:A.M. If what I'm doing right now isn't rock enough, I've got a rock band. They can go listen to that then.

"My fanbase, thank God, has been, throughout my whole career, just very, very accepting," he continued. "They know me — they know I'm always trying to really push myself as an artist outside the box.

"If I had to live within this box, I'd rather honestly not play music. Playing music is a form of art, and if I can't truly be an artist and be true to what it is inside — whatever that is that keeps me going… I have to stay inspired. You can only write so many three-chord rock songs. So, to me, this is something that I'm kind of more doing for myself, and I feel like I kind of have earned that at this point in my career. And I'm just having fun.

"Surprisingly… It was weird. I was totally expecting for all my fanbase just to hate it — not get it," Ashba added. "'Cause I really, really go deep down in EDM — I stayed very, very true to the EDM sound — and I really thought they were gonna hate it, and I was okay with that. 'Cause in my mind, I'm writing this for the EDM, the young kids that go to those festivals. This is full-on festival music. And surprisingly, I got no pushback. My rock fans really, really were freaking out on it, which kind of freaked me out. I was expecting them to really not get it or maybe push it aside. But they've been nothing but supportive. I'm very thankful that they gave it a chance."

Ashba told the Las Vegas Review-Journal about the musical approach of his new effort: "I would go to a lot of EDM concerts, and their shows are so over the top and, you know, all these young kids just losing their minds, right? And the one thing that I've noticed is … it lacks guitar, you know, and I saw an opportunity, like five years ago, going, 'If I could take what I do and somehow inject it into this world.' A lot of kids are not being exposed to a lot of guitar in that world."

Although Ashba initially started work on the project as a collaboration with Michael — under the band name PYROMANTIC — it has since evolved into an Ashba solo venture, with Michael announcing in 2018 that he was stepping away from the group. 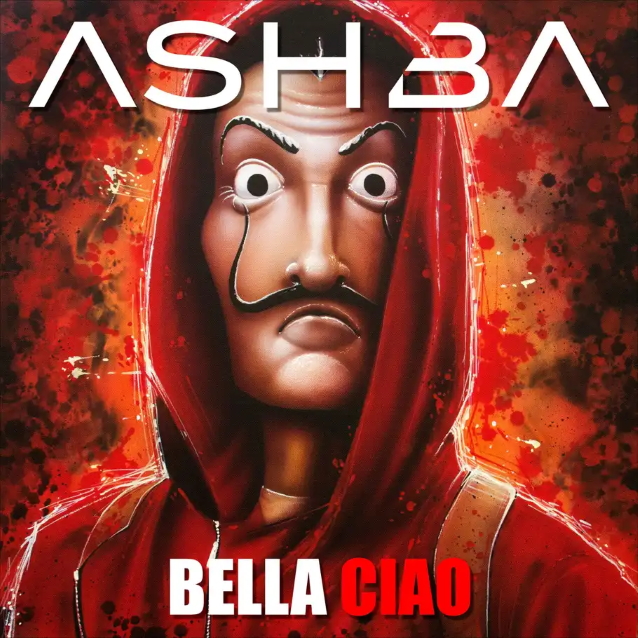