Finnish cello rockers APOCALYPTICA have collaborated with HALESTORM frontwoman Lzzy Hale on their new single, "Talk To Me". The track, which has just been released digitally, can be streamed below.

APOCALYPTICA's Eicca Toppinen stated: "After years of friendship, we are more than happy to release a song together with the amazing Lzzy of HALESTORM.

"This song has been in our minds for quite some time and we have been waiting for the right moment to finish it, and getting Lzzy to join us and perform in her outstanding way was a dream come true.

"We want to thank Lzzy and the whole HALESTORM team for their great work and friendship."

Added Lzzy: "APOCALYPTICA and I have for years talked about doing something together, and the last time I saw Eicca Toppinen, in Helsinki, Finland during the 2019 Tuska festival, he brought up the idea that we finally make that talk a reality.

"I'm so excited for the world to hear this song.

"Thank you so much to the entire APOCALYPTICA camp for being a part of our family all these years and for including me in this project."

APOCALYPTICA's latest studio album, "Cell-0", came out in January. The effort was the band's first fully instrumental record in 17 years.

Prior to enlisting Perez, APOCALYPTICA released eight albums that melded the classically trained cello mastery of the three core bandmembers with the harder elements of the rock world, including drums and guest vocalists, such as Gavin Rossdale from BUSH, and Corey Taylor of SLIPKNOT and STONE SOUR fame.

Back in 2018, APOCALYPTICA's Eicca Toppinen stated about the band's decision to make an all-instrumental album at this point in the group's career: "On the previous ones, we always combined the instrumental songs with the vocal songs, and it was great to have the featuring artists, it was great to work with Frank Perez for the 'Shadowmaker' album. But then, on the other hand, it became a bigger interest for us, like, okay, it would be interesting to make a full instrumental album, so there's no compromise with anything." 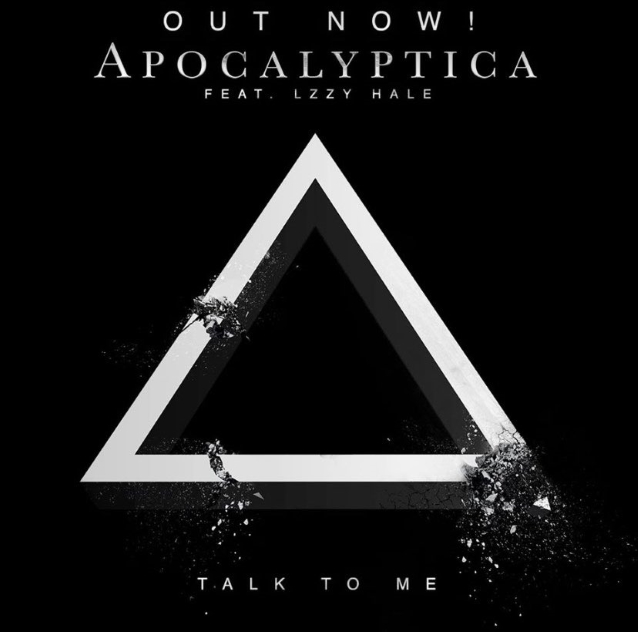