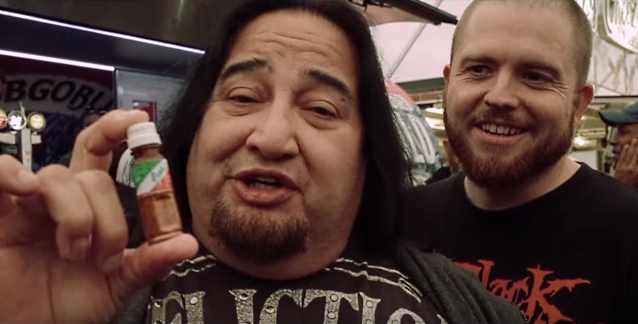 HATEBREED frontman Jamey Jasta has released the second episode of "Metal Dudes Doing Non-Metal Things", a hilarious web series that captures exactly what its name implies. Watch it below.

In Episode 2, Jasta takes you backstage at the Bloodstock Open Air, which is the U.K.'s premier metal festival, while on tour with JASTA & FRIENDS.

In the clip, you get up close and personal with wrestler and FOZZY singer Chris Jericho, LIGHT THE TORCH singer Howard Jones, FEAR FACTORY guitarist Dino Cazares, CROWBAR's Kirk Windstein, and many other metal luminaries. As he makes the rounds, Jasta and co. analyze either the metal or non-metal nature of many things. What things, exactly? Well, you'll need to watch to find out.

Future episodes will be rolling out through the year.