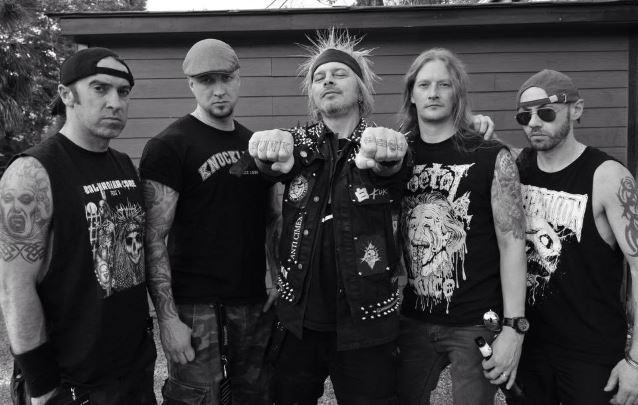 U.K.-based hardcore punk/grindcore legends EXTREME NOISE TERROR will unleash their self-titled new full-length via Willowtip Records. Due on November 5, the band's first studio album in six years sees them returning to their hardcore punk roots with a manic, stripped down and highly aggressive raw sound that perfectly complements the chaotic attack that saw the band become a firm favorite throughout the '80s and '90s with punks and metal fans alike.

Tracked at Springvale Studios with longtime producer Mark H. Harwood, the album features the lead guitar talents of guest musician Kody from Singapore hardcore punk band MINUS and includes a cover of "I Like Cola" by '80s Japanese hardcore pioneers OUTO that sits nicely alongside twelve of the band's fastest, most intense and catchy tracks to date. Says iconic frontman Dean Jones of the recording: "This album takes us purely back to the days of 'A Holocaust In Your Head', 'Earslaughter' and 'Phonophobia' with the true original blend of frenetic, super hi-octane fueled madness mixed with a few 'Show Us You Care'-style, catchy-as-hell, circle moshing break up bits. Our best album yet. If this doesn't blow your head off, nothing will!"

Adds second vocalist Ben McCrow who makes his full-length debut with the band: "I was a big fan of EXTREME NOISE TERROR as a teen, long before I joined, specifically of 'A Holocaust In Your Head' and 'Phonophobia'.

"If I was going to compare this new album to anything the band's done before, I'd say it sits nicely with those two. Catchy as fuck, aggressive, ultra hardcore punk riffs, fast frantic drumming and mental vocals; I don't think Dean's ever sounded as insane as he does on this one! It's raw as fuck too, no click tracks or fixing-in-the-mix type shit, instead the drums, bass and guitars were done live with the leads added after and me and Dean sharing a mic going through a seventy-six-year-old analogue valve amp.

"We're all hugely proud of this album; it's a proper call to arms and a brutal statement that the band's music and message is every bit as relevant today as when it was formed thirty years ago." 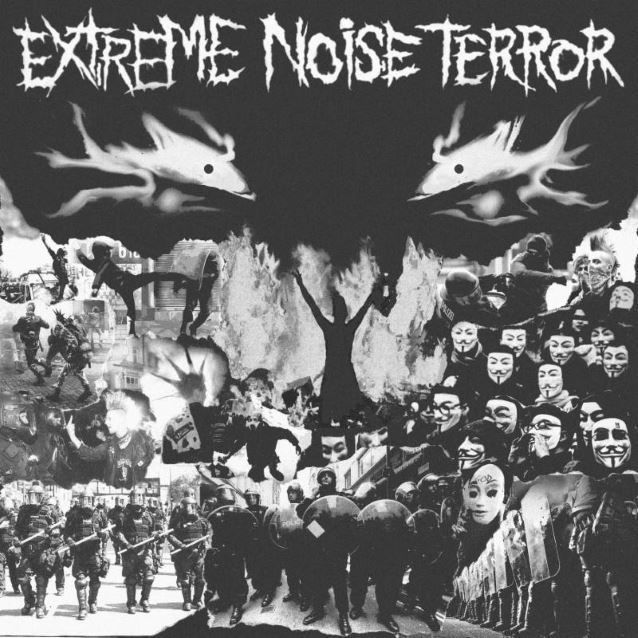