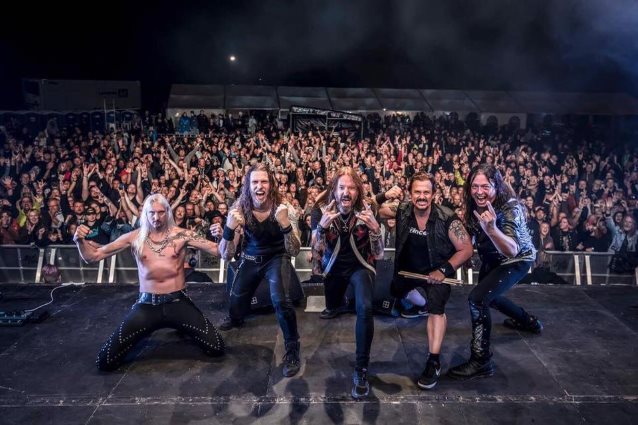 Swedish metallers HAMMERFALL will return to North America in 2018. The headlining trek, which features special guests FLOTSAM AND JETSAM, will kick off May 17 in Ft. Lauderdale, Florida and criss-cross the continent before concluding on June 19 in San Antonio, Texas.

HAMMERFALL comments: "We're so fucking excited about returning to North America with a full headline show, and having the legendary FLOTSAM AND JETSAM as special guests really helps put this over the top!

"The incredibly passionate fans made the tour we did with DELAIN earlier this year into such an amazing experience for us, and we can't wait to do it again! We'll do everything in our power to make this tour even better than last time, but we need your help to do it. Together, we can prove once and for all that heavy metal really is stronger than all!"

HAMMERFALL is continuing to tour in support of its tenth studio album, "Built To Last", which was released in November via Napalm Records.

Drummer David Wallin last year left HAMMERFALL in order to focus on his family life. He has since been replaced by Johan Koleberg, formerly of THERION and LION'S SHARE.

FLOTSAM AND JETSAM recently recruited Ken Mary (FIFTH ANGEL, ALICE COOPER, HOUSE OF LORDS, TKO, CHASTAIN) to play drums for the band at its upcoming shows. He stepped in as the replacement for Jason Bittner (SHADOWS FALL), who left the group to join OVERKILL.

FLOTSAM AND JETSAM's self-titled album was released in May 2016 via AFM Records.

The band in 2014 parted ways with guitarist Edward Carlson and bassist Jason Ward and replaced them with Steve Conley and Michael Spencer, respectively. The group also recruited Bittner after Kelly Smith left the group in November 2014 to focus on caring for his family. 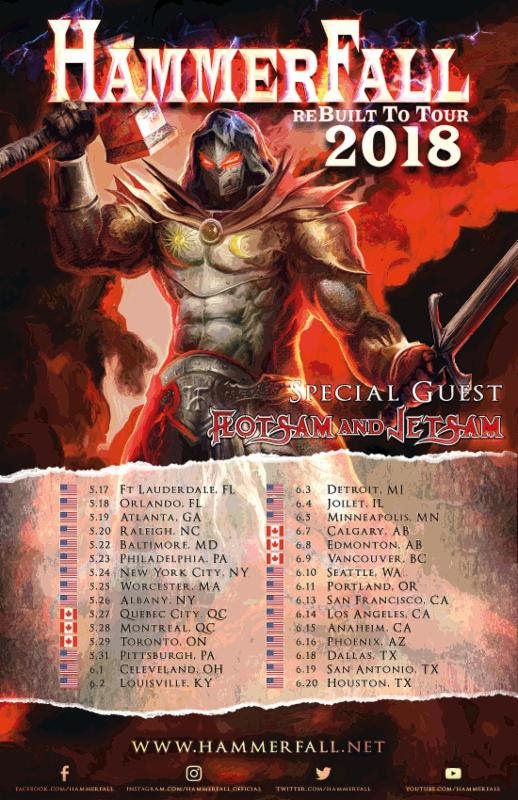