GUNS N' ROSES has announced North American dates as part of its epic 2020 worldwide stadium tour this summer. The powerhouse performers will bring their uninhibited signature sound and dominance to millions of fans across the globe starting this March in Mexico City. The colossal GUNS N' ROSES 2020 tour will steamroll through Toronto, Chicago, Atlanta, Los Angeles, Lisbon, London, Prague and so many more. GN'R will be the first-ever rock band to perform at the long-awaited Los Angeles SoFi Stadium and will hit MetLife Stadium on the opposite coast, home of the New York Giants and New York Jets.

GUNS N' ROSES' "Not In This Lifetime" tour, which began four years ago, recently became the No. 3 highest-grossing tour in the history of Billboard Boxscore.

About 70 people travel with the "Not In This Lifetime" show in addition to the truck drivers; that number goes upwards of five hundred, including the local workers, by show date once catering, security, etc. are factored in, according to the GN'R tour's production manager, Dale "Opie" Skjerseth.

GUNS kicked off its long-rumored and long-awaited reunion tour with a club show in Hollywood and appearances in Las Vegas and at California's Coachella festival.

The band is now reportedly going to work on a new studio album — the first under the GUNS banner since 2008's "Chinese Democracy" and the first to feature Rose, Slash and McKagan since 1993. 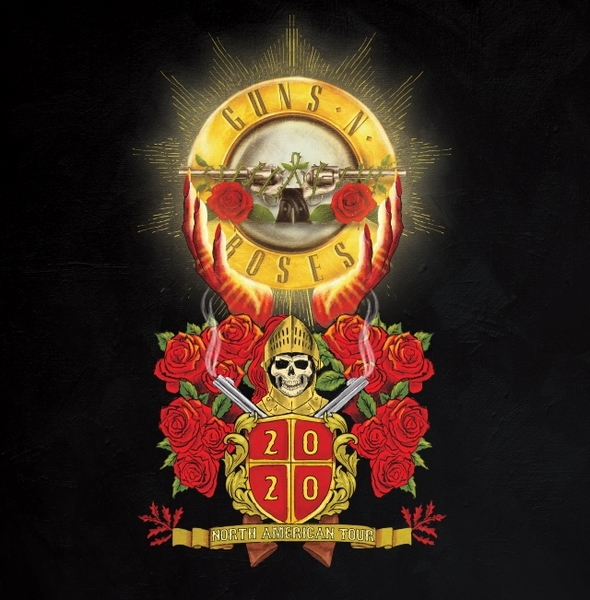