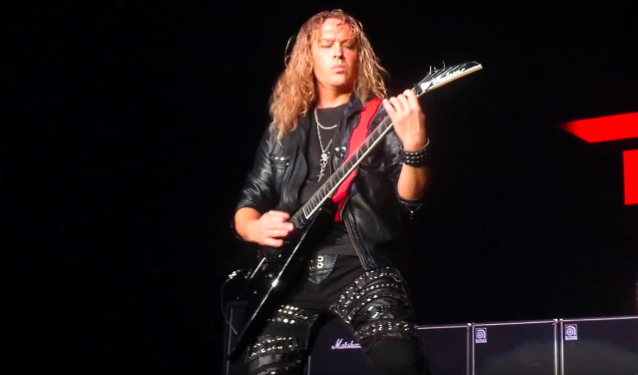 Guitarist Chris Sanders has confirmed his exit from RATT.

Two days after Metal Sludge reported a rumor that Sanders had been dismissed from the veteran hard rock act, Chris released a statement to Mike Gaube's Headbangers announcing his retirement from the music industry.

He wrote: "At the beginning of the year, I sent an email to [RATT's] management that I would not be renewing my contract for 2020. After playing music in some form for 25 years, I've retired from the industry."

Sanders's statement comes just one day after Pearcy said in a radio interview that Chris was "missing in action."

Speaking with Cameron Buchholtz of the KATT Rock 100.5 FM radio station, the singer said about Chris: He's a little M.I.A. right now, so… It's not concerning at all — it's not a big issue."

The band is rumored to be joining forces with Tom Keifer, SKID ROW and SLAUGHTER for a U.S. tour this summer, with the official announcement expected next Monday, February 24.

OFFICIAL STATEMENT from guitarist Chris Sanders (RATT): "At the beginning of the year, I sent an email to management...