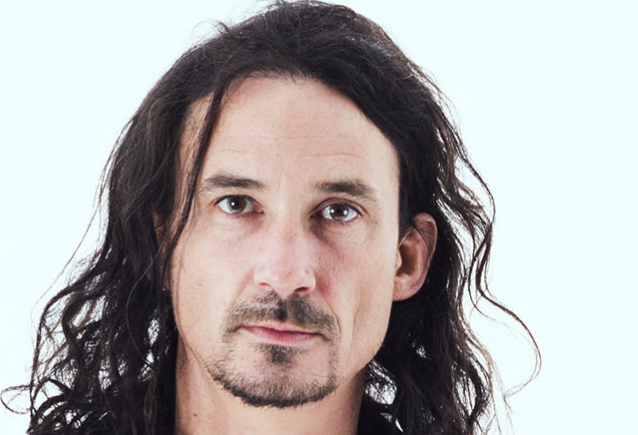 GOJIRA guitarist/vocalist Joseph Duplantier told Revolver magazine in a new interview that GRETA VAN FLEET's sophomore studio album, "The Battle At Garden's Gate", "blew [his] mind" when he first heard it. He added: "I heard about them as being a rip-off of LED ZEPPELIN. I think these kids are very talented — I hate calling them kids, by the way, because it shows how old I am. Seeing a bunch of 20-year-olds grabbing vintage instruments and fucking laying it down like they do, like in the good ol' days. You can say they sound like LED ZEP or this or that; it doesn't matter to me. I have more faith in humanity when I hear that. I'm, like, 'Yes, some things are not lost.' That album is absolutely amazing."

Despite the fact that GRETA VAN FLEET has managed to sell out shows all over the world, the four-piece has been criticized for channeling a sound uncannily similar to LED ZEPPELIN, with some music fans slamming singer Josh Kiszka for allegedly copy-and-pasting Robert Plant's vocal style.

Duplantier isn't the only rock musician who has defended GRETA VAN FLEET against "LED ZEPPELIN ripoff" accusations. Last year, legendary guitarist Joe Satriani told Classic Rock about the Michigan rockers: "Every time I put GRETA VAN FLEET on, someone, usually someone older, will say, 'Who are these guys ripping off LED ZEPPELIN?' Give them a break! There are bands a generation older than them who seem to be doing it for the money and fame, but to me these guys seem to love this music and they have a real spark."

Two years ago, STONE SOUR guitarist Josh Rand told Metal Insider: "To me, I feel this love/hate for GRETA VAN FLEET in the industry, and I don't understand it," he said. "I mean, I get they might have worn their influence a little heavy on their sleeve, but they're also a very, very young band. I'm kind of curious to see where they go in the future as they tour, record, and, you know, kind of get into the groove. It's really difficult. Some bands can release an 'Appetite For Destruction'," referring to GUNS N' ROSES' classic debut album. "That usually doesn't happen, but it does. A lot of bands, it takes a couple of years for them to get their footing in the band. And just their groove, to become whoever they're going to become for the rest of their career. I feel like with them, the sky's the limit. I'm just curious to see where they take it because they're great players, he's a phenomenal singer. But they need to start working on their own voice moving forward, and I think they're capable of doing that."

Earlier in 2019, Jack White told Rolling Stone that he was a fan of GRETA VAN FLEET, remarking: "It's exciting to see young people play rock and roll, no doubt about it. That guy has a very cool voice. The more he makes it his own, the better. People used to say, when I first came out, 'He sounds like Robert Plant.' If you keep pushing forward, that shit goes away."