"This song was written around a guitar riff I discovered while trying out a new fuzz pedal," Gilby said. "Lyrically I was inspired by deceit, treachery and the creative extremes people will go through to get ahead. I tried to get my message through with humor, but if it hits to close to home, maybe we all should take a closer look at ourselves and make improvements.

"I was lucky to have some wonderful musician friends contribute to the recording of this track, Nikki Sixx and Stephen Perkins. Stephen, as always, came through with a beat that drives the song and Nikki found a cool bass groove that accentuates the feel I was looking for. I tried to get my message through with humor, but sometimes the truth hurts."

"The Gospel Truth" will be released via Golden Robot Records. The disc was produced and written by Gilby at his Los Angeles recording studio, Redrum Recording, where he's also helmed records for such artists as L.A. GUNS, THE BRONX, BEAT ANGELS, BULLETS AND OCTANE and many more. The album was mixed by Grammy Award winner Chris Lord-Alge and mastered by Maor Appelbaum. Joining Gilby on the LP are Muddy Stardust on bass, Kenny Aronoff (JOHN MELLENCAMP, JOHN FOGERTY, CHICKENFOOT) on drums, along with Matt Starr (ACE FREHLEY, MR. BIG) and Chad Stewart (FASTER PUSSYCAT, L.A. GUNS) on backing vocals.

When asked how his new music may be different to his previous material, Gilby said: "I don't think it's very different at all. I'm not trying to reinvent the wheel. I have found the music that I like as an artist and a musician. It's important that I get better at it and try new things, but I like rock and roll, and loud guitars are good for the soul."

Clarke also discussed his songwriting process, saying: "I always start with a good guitar riff, then add the devil's drumbeat. It's good when you can put some interesting lyrics to it, too. I always try to find a new way of saying something simple. I don't like to complicate my lyrics, but I never duplicate them either."

At last year's NAMM show in in Anaheim, California, Clarke stated about the long delay in getting his new solo album completed: "For me, I can't do a record unless I feel good about the songs. I wanna make a record that I wanna listen to. So, these songs I'm really excited about. They're new songs. It really is classic rock. There's really nothing new on it — it's just a new version of what I like to do, which is loud guitars, man. So, I went in there. I used guys like Kenny Aronoff on drums, Steve Perkins — some really great players. I played all the guitars and did all the singing on it. But I think it's good — I think it's a good fresh approach on classic rock, really." 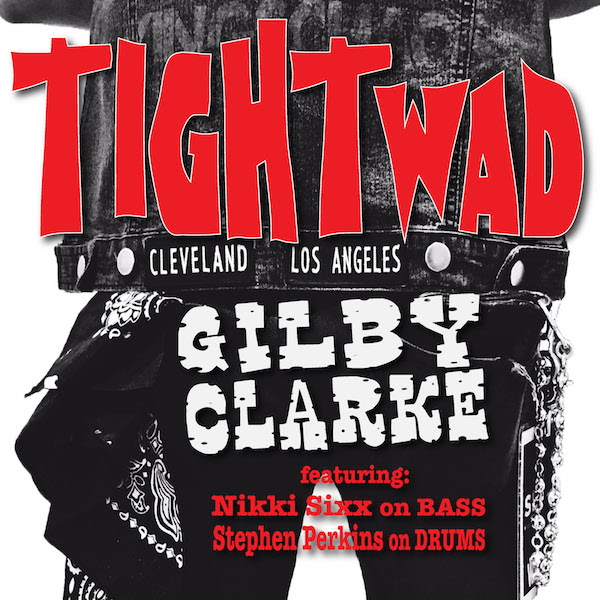