George Lynch has been forced to cancel his appearance with DOKKEN at this weekend's M3 Rock Festival in Columbia, Maryland.

The guitarist explained in a statement: "Due to my continued pneumonia, I will regrettably have to cancel my upcoming my appearance this Friday at the Dallas Guitar Show as well as the M3 show with DOKKEN and will also have to reschedule the upcoming LYNCH MOB shows in Chicago and Kansas City. Thank you for your understanding."

DOKKEN's classic lineup — including Lynch and bassist/vocalist Jeff Pilson — reunited for a short Japanese tour in the fall of 2016. The trek marked the first time in 21 years the four musicians had hit the road together.

Since completing the Japanese reunion dates, DOKKEN has continued to perform with the group's current lineup — featuring Dokken, Brown, McCarvill and guitarist Jon Levin — save for a handful of shows in late 2017 and last year that saw guitarist Ira Black (LIZZY BORDEN, VICIOUS RUMORS) fill in for Levin.

Earlier this month, George told the "Music Mania" podcast that he was "excited" to perform with DOKKEN at M3. "I did one [show] last year with them," he said. "Very, very occasionally, I'll get up on stage with Don and Mick, but this is the only show I'm doing with DOKKEN this year, as far as I can tell. We're doing the new studio song that we came out with last year, '[It's] Another Day'. I'm excited about that — a brand new DOKKEN song we've never played live. I think it will induce some new energy into a set full of old songs."

Due to my continued pneumonia I will regrettably have to cancel my upcoming my appearance this Friday at the Dallas... 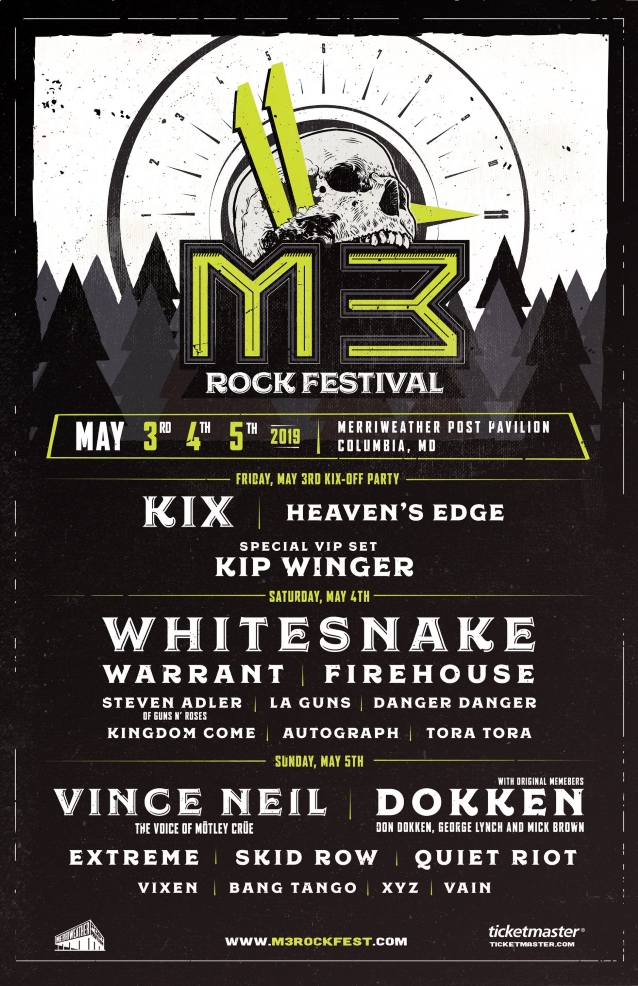