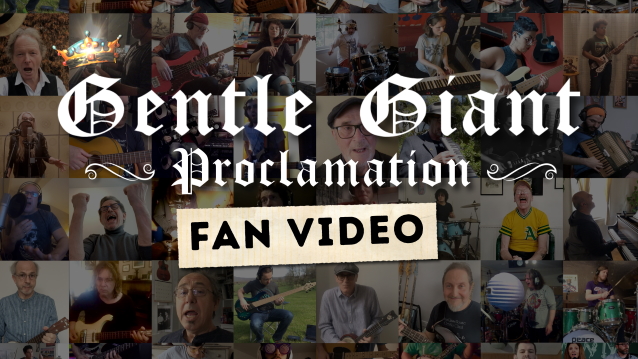 "This terrible pandemic is being felt all over the world and with everyone being stuck at home, I figured now would be the perfect time to bring positivity out in the world, bring everyone together and celebrate our love of music and GENTLE GIANT," explains Noah Shulman, son of Derek and mastermind behind this project. "Over the years, I was always amazed with how many people were filming their renditions of GENTLE GIANT tracks from all over the world on an array of instruments. So that sparked the idea of wanting to see them all in one place, blending sounds and instruments into a single track."

Directed and edited by Noah Shulman and mixed by his uncle Ray, the video is likely to be remembered most for the momentous reuniting of the real GENTLE GIANT, albeit only briefly and via to the wonders of remote communication. Seeing that the band have never seemed likely to reform, this is a significant and exciting moment for GENTLE GIANT fans everywhere.

Says Noah: "It's a sort of thank you from the band to the fans."