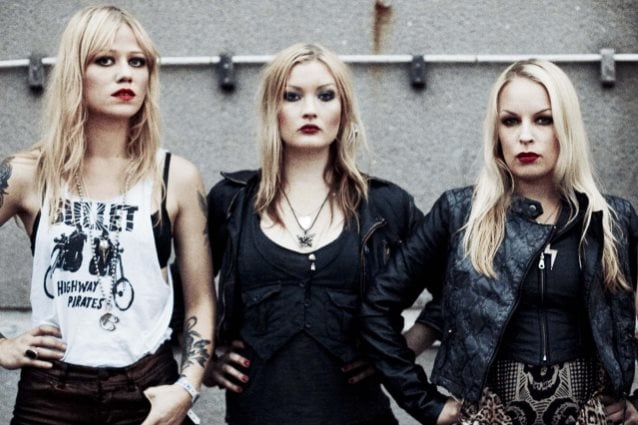 THE HEARD's Facebook page describes the group as being about "heavy riffs, misty songs, dark waters and a death supreme."

CRUCIFIED BARBARA announced its breakup in June 2016, two years after the release of the band's fourth album, "In The Red". The group explained at the time that "our lives have parted and we need to move on. The last years have taken its toll on all of us and the joy of playing together got lost somewhere along the way."

"In The Red" was released in September 2014. The CD was recorded at Music A Matic studio in Gothenburg with producer Chips Kiesby and engineer Henryk Lip, and was the follow-up to 2012's "The Midnight Chase".

Within a near future you will be able to follow the birth of brand new band, called the Heard.