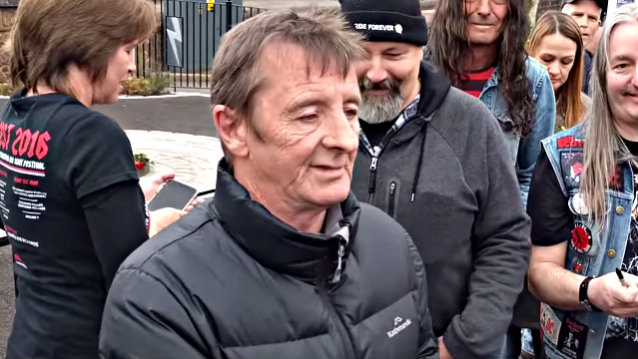 Video footage of former AC/DC drummer Phil Rudd visiting the life-sized statue of the band's late frontman Bon Scott on April 28 in the Scottish town of Kirriemuir for the first time can be seen below.

The statue was revealed in April 2016 during the tenth annual Bon Scott international festival, Bonfest, by event organizers DD8 Music. It followed a two-year crowdfunding campaign, which drew support from AC/DC members themselves, as well as thousands of the band's loyal fans worldwide.

The town was home to a young Ronald Bedford Scott until the age of six, when his family left Scotland for Fremantle, Western Australia.

Scott was invited to join AC/DC by Glasgow-born brothers and founding members Malcolm and Angus Young in 1974, and achieved international stardom before his death at the age of 33 in 1980 from alcohol poisoning.

Rudd recently embarked on his first solo tour in support of his 2014 solo debut, "Head Job". It was the release of that album that led indirectly to Rudd's arrest, with the drummer allegedly so angry at a personal assistant over the way the record was promoted that he threatened to have the man and his daughter killed. 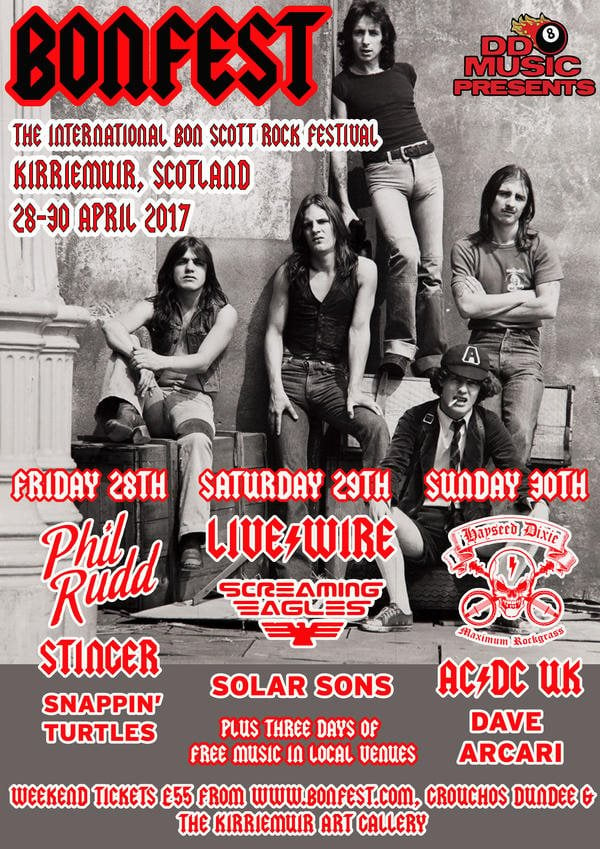