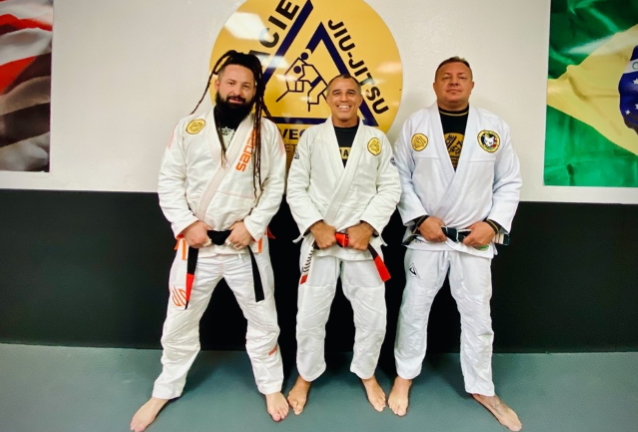 Zoltan began his jiu-jitsu journey in 2008 after a training session with the legendary UFC Hall Of Famer Royce Gracie.

"I've been practicing judo since I was nine years old, but I was always interested in jiu-jitsu as i knew about the Gracie family's open challenge (which later became the UFC)," Zoltan said. "Famous martial artists would travel to Brazil to fight them and the Gracies remained undefeated decade after decade. Many years later as an adult I finally had an opportunity to go to the source and train with probably the most recognized martial artist of all time next to Bruce Lee, the legendary Royce Gracie. After the session I asked him for a white belt and then began my jiu-jitsu journey. For a while, I would travel around the world with Royce's brother Royler Gracie who is one of the most decorated Brazilian jiu-jitsu fighters of all time. I'd partake in his seminars everywhere he'd go. Later I joined Professor Mica Cipili's Gracie Las Vegas team which I've called home for the last 12 years."

About keeping up with the training regimen despite his busy schedule, Zoltan said: "All of our security guys are jiu-jitsu black belts. It's a requirement for the position so I can train while we are on the road. When I'm home, I train at the Gracie Jiu-Jitsu academies in Las Vegas, and I also have a personal dojo in my house."

Since its debut in 2007, FIVE FINGER DEATH PUNCH has become one of the most recognizable names in music. The band has amassed over 7.5 billion streams, 24 Top 10 singles, eleven No. 1 singles and has sold over one million concert tickets in just the past two years alone. Every record since the release of their first album, "The Way Of The Fist", has been certified gold or platinum by the RIAA, and the band has earned numerous awards and honors.