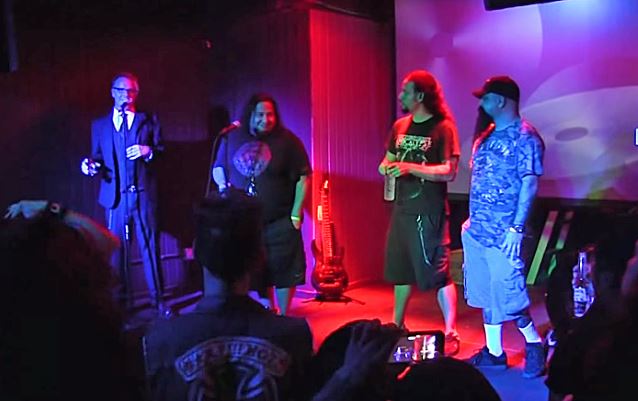 Los Angeles cyber metallers FEAR FACTORY held a listening party for their new album "Genexus", on July 23 at the Complex in Glendale, California. Video footage of the event can be seen below.

"Genexus" will be released on August 7 via Nuclear Blast Entertainment. The follow-up to 2012's "The Industrialist" was co-produced by longtime collaborator Rhys Fulber, along with guitarist Dino Cazares and vocalist Burton C. Bell and mixed by Andy Sneap (ARCH ENEMY, TESTAMENT, EXODUS, MACHINE HEAD). Artwork was once again handled by Anthony Clarkson. Drums on "Genexus" were performed by Mike Heller (MALIGNANCY).

FEAR FACTORY recently filmed a video for the song "Dielectric" with director Ramon Boutviseth, who has previously worked with TRIVIUM, NONPOINT, DARKEST HOUR, INCUBUS and ALL THAT REMAINS, among others.

FEAR FACTORY played "Dielectric" live for the first time on July 24 in Tucson, Arizona. Fan-filmed video footage of the performance can be seen below.

Speaking about what FEAR FACTORY was trying to accomplish with its forthcoming album, the band's first since signing with Nuclear Blast, Cazares said: "It's still just to be who we are. We are 'cyber metal,' whatever you wanna call it, but it's still a lot of the killer riffs, killer double bass, Burt's beautiful, melodic vocals. Conceptually, it's always still futuristic, man-versus-machine type of thing, but, you know, we thought we're gonna keep it real, keep it what we are and who we are."

FEAR FACTORY is currently on the road in the U.S. with COAL CHAMBER. 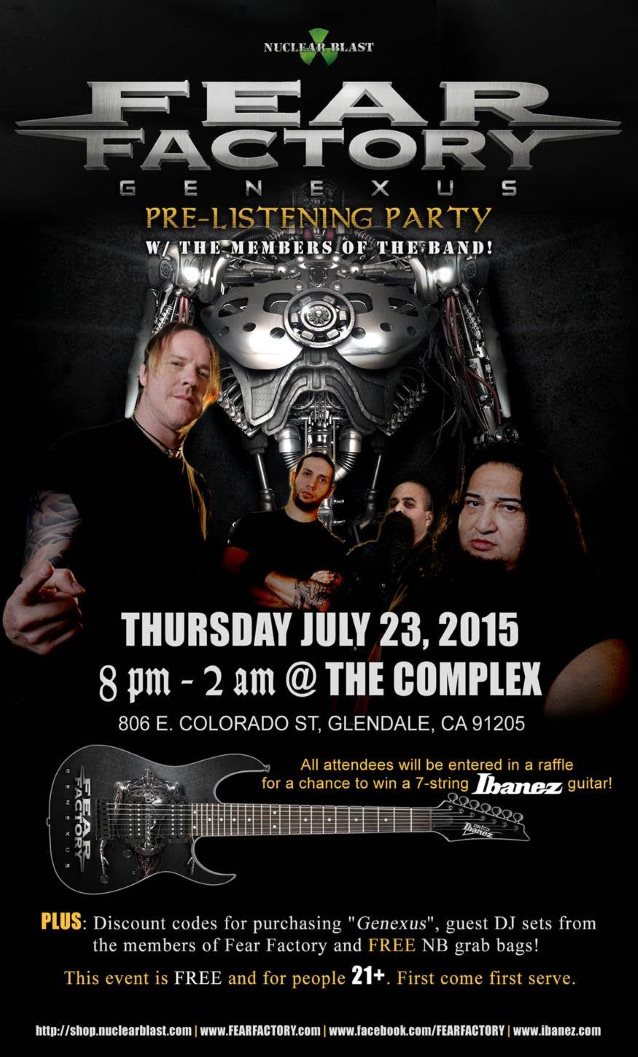