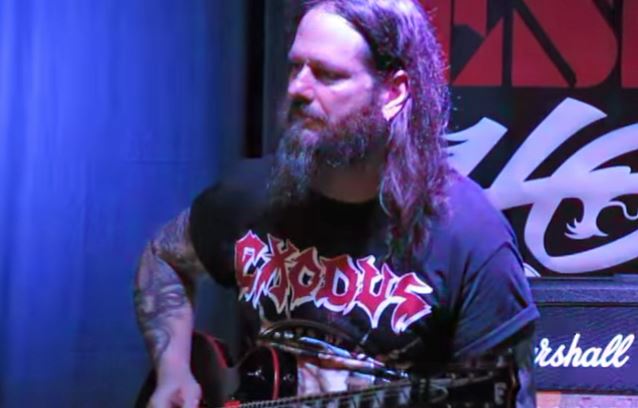 EXODUS and SLAYER guitarist Gary Holt took part in a live guitar clinic performance this past Friday (August 28) from 7 p.m. to 9 p.m. PDT from the 6-String.com warehouse at 850 Calle Plano in Camarillo, California.

The event was streamed live via LiveStream and can now be seen below.

In a recent interview with Asbury Park Press, SLAYER guitarist Kerry King spoke about his working relationship with Holt, who has been the touring guitarist for SLAYER for the past four and a half years.

"Well, Gary, I always looked up to Gary when he was playing in EXODUS. I'd always refer to him as the Glenn Tipton [from JUDAS PRIEST] of our era, as far as guitar playing goes, because when people reference guitar players, very rarely does anybody reference Glenn Tipton, and, as far as metal goes, he's a giant. Of course, people talk about Tony Iommi, but for Glenn Tipton not to be in that same conversation is just a tragedy to me. I kind of felt that's how Gary Holt was when he was playing in EXODUS. He was kind of overlooked. So when we had the opportunity to see if he wanted to play with us, [he was] by far my first choice, and, luckily, he was into it."

Asked about the fact that Holt doesn't have any writing credits on SLAYER's forthcoming album, "Repentless", King said: "You know, I thought a very long time about how I wanted to incorporate him on this record, from the fans' perspective, and hopefully Gary's perspective, from my perspective. And I thought that after 30 years, I didn't think fans might be ready for somebody to be contributing on a SLAYER record that wasn't there all the time. But I also, in that same thought, felt that we should have Gary playing something that he contributed, so that when he's playing like it's not just doing a bunch of covers. So that's how I came to the decision of seeing if he wanted to play some leads. And, yeah, for a two-guitar attack, you've got to have two guitars. As far as going forward, I'm open to whichever way we go, but I haven't had that conversation with Tom [Araya, SLAYER bassist/vocalist] or Gary." 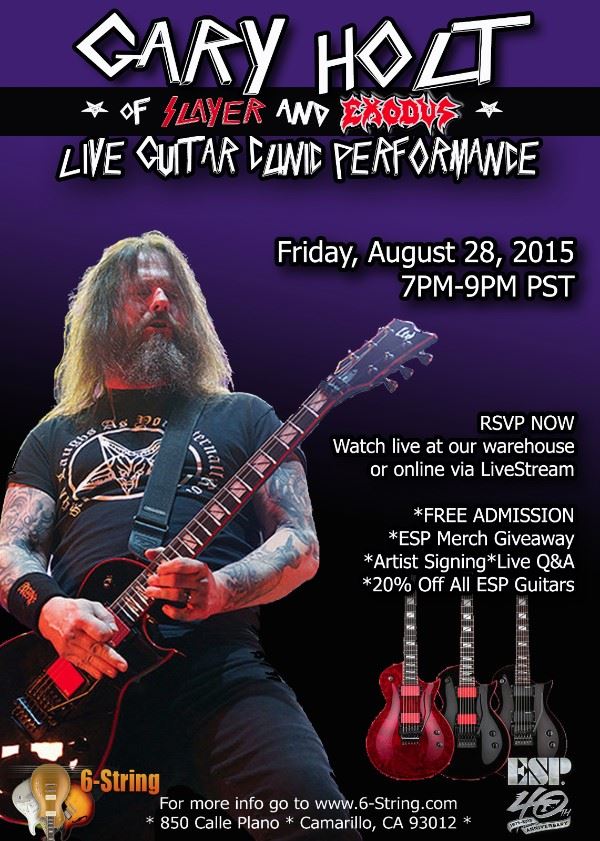