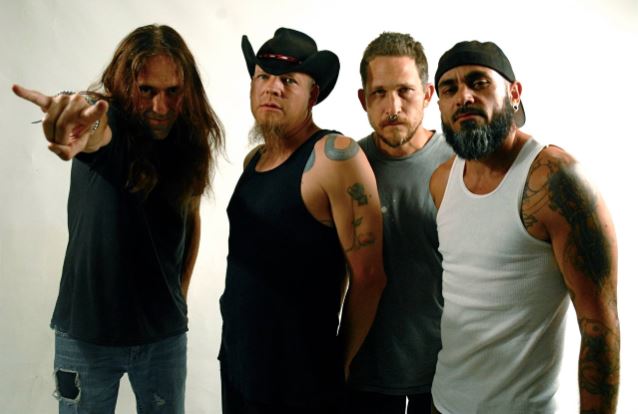 "Apache Skies", the new video from TRINITY FALLEN, the band featuring former TESTAMENT bassist Greg Christian alongside members of SCORCHED-EARTH POLICY and NUCLEAR RABBIT, can be seen below. The performance footage in the clip was filmed by Bay Area Backstage on October 24 at the Broken Spoke Western Saloon in San Jose, California.

"Apache Skies" is taken from TRINITY FALLEN's debut three-song EP, which was released in August. The effort was recorded with producer Juan Urteaga (TESTAMENT, MACHINE HEAD, EXODUS) at Trident Studios in Martinez, California.

Says Greg: "[Juan] did a kick-ass job on it and I think it needs to be heard."

TRINITY FALLEN made its live debut on August 5 at Slim's in San Francisco, California.

Christian recently stated about his new band: "[I am] a little disappointed my new bandmates' histories have mostly been ignored [by the press] and every mention of TRINITY FALLEN seems to only focus on me.

"It wasn't my cup of tea, but NUCLEAR RABBIT has serious high-level (bad-ass) musicianship. (If you doubt that — listen to 'Intestinal Fortitude' and tell me how easy those songs would be to play, hahaha)

"TRINITY FALLEN is 'a band,' not 'my project,' and though all the songs (so far) started off as my arrangements, they've evolved past anything I could've came up with on my own. Tim, Jason and Judd have made huge contributions to all of it, and together we've crafted a sound that, in my opinion, is unique. Especially in this day and age.

"We're not a thrash band, more like a heavy metal / hard rock band.

"There are no stylistic 'rules' or preconceptions. We never sat down and said, 'Let's write 'this kind' of song.' We wrote what came out.

"And since this isn't straight thrash, I know I'll get some haters, but I think a lot lot more folks will be pleasantly surprised by the variety and depth of the TRINITY FALLEN material. It's all about the songs.

"And don't misunderstand, some of it is brutally heavy but some is really melodic, and it pretty much all grooves and bounces — and is full of hooks. More like a modern-day version of old BLACK SABBATH or LED ZEPPELIN than any contemporary bands I can think of.

"To me, a lot of today's heavy music (at least on recording) is cut, pasted, quantized and sound replaced into sterility. TRINITY FALLEN isn't that. It's modern-day / old-school rock 'n' roll."

He added: "TRINITY FALLEN isn't TESTAMENT. It's its own thing. It's complex and varied and I can see elements of it turning some folks off at first, but with only hearing a short sample, it's kinda like the old story of five blind men went to 'see' an elephant .. (presents a misleading picture) but whatever… Not everyone's gonna get it at first. No way. The rabbit hole's way too deep." 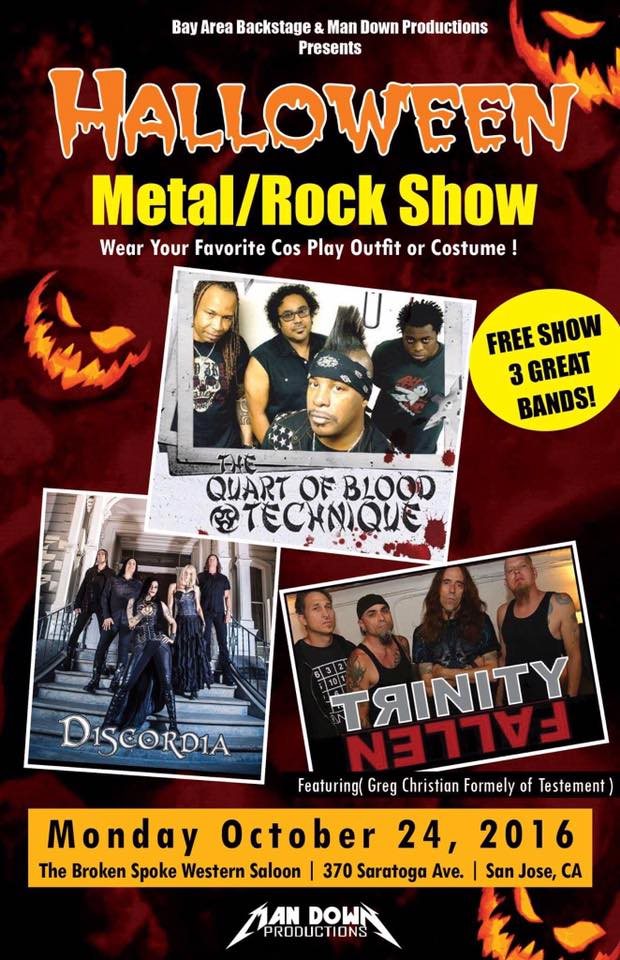