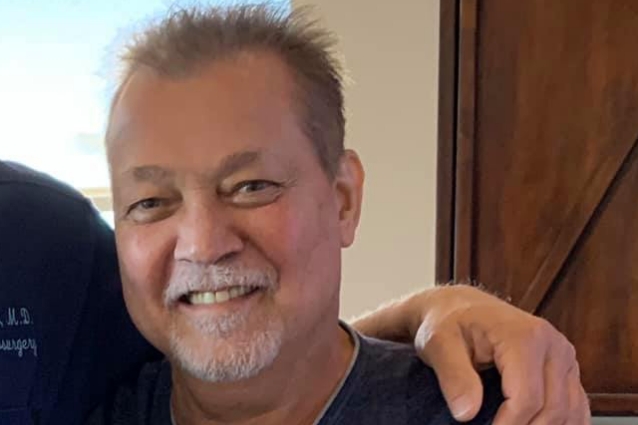 Lanman, who did not disclose the reason for Eddie's visit, has become one of the world's leading innovators in spine surgery and motion preservation. In 2016, FDA approval was received on a new procedure he led as principal investigator following a 10-year clinical trial involving replacing two adjacent discs simultaneously with the help of a Prestige LP two-level artificial cervical disc device, demonstrating the surgery nationally for the first time on CBS's "The Doctors".

There have been a lot of rumors regarding the VAN HALEN guitarist's supposedly worsening health, including a recent report from TMZ stating he is battling throat cancer. According to the gossip site's story, Van Halen has been traveling between the U.S. and Germany for treatment going on several years now. The site later said that "the sad medical news had some folks thinking Eddie was on his death bed ... but we're told that's anything but the case."

Last month, Eddie stopped by a McLaren dealership in Beverly Hills and mingled with the sales team, taking pictures and even giving one fan a kiss.