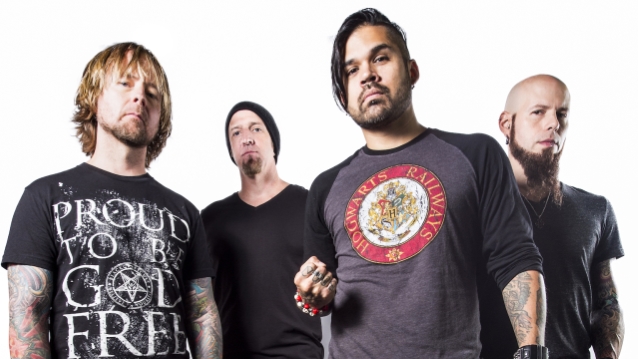 DROWNING POOL has apparently commenced the recording process for the follow-up to its 2016 album "Hellelujah".

This past Tuesday (February 5), the Texas heavy rockers posted a picture of a studio whiteboard on their Facebook page, along with several working songtitles that are set to appear on the band's next disc.

Back in December 2017, DROWNING POOL guitarist C.J. Pierce told the 97.1 The Eagle radio station that "everybody" in the group had "brought amazing material" during the songwriting phase for the band's next LP.