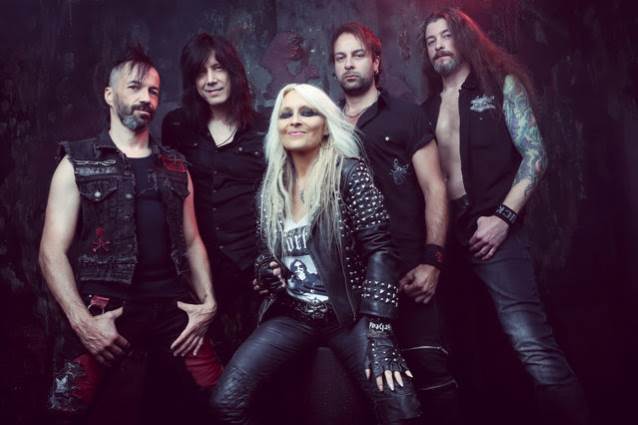 German metal queen Doro Pesch has released the official music video for the new single "If I Can't Have You - Nobody Will". The track is a duet that combines passion and melody with brutal harshness. Passion is provided by the blonde rock goddess herself — while the harshness comes from none other than AMON AMARTH singer Johan Hegg.

Doro says: "The work with Johan, who also contributed to the lyrics, was stunning. We got to know each other during the recording of the AMON AMARTH album 'Jomsviking' and it is wonderful that this great collaboration could be continued on my album."

She continues: "The video for the song perfectly reflects this obsessive song. We filmed in various ruins with our great director David Havlena. It has become very special, almost like a little movie.

"I cannot wait to introduce the song on August 3rd at Wacken Open Air where the song will celebrate its live premiere with special guest Johan Hegg!"

"If I Can't Have You - Nobody Will" is taken from Doro's new album, "Forever Warriors, Forever United", which will be released on August 17 via Nuclear Blast.