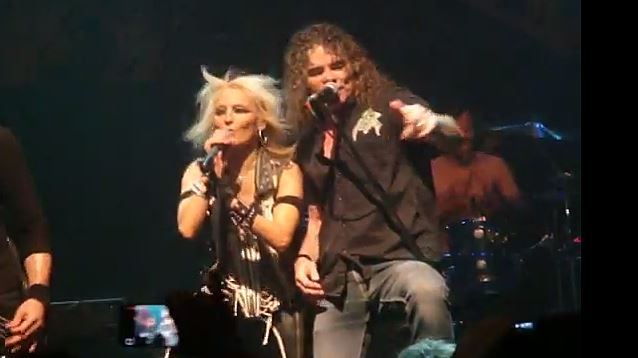 Fan-filmed video footage of the New York City concert can be seen below.

The worldwide trek marks an astounding thirty years since the release of Doro's first record — WARLOCK's "Burning The Witches". Beginning with a mammoth headlining set at last year's Wacken Open Air, which boasted a record-breaking attendance of over 95,000 fans, Doro's tour included two special anniversary shows in her hometown of Düsseldorf as well as countless festival appearances and performances throughout Europe and Latin America.

Doro is touring in support of "Raise Your Fist", released worldwide via Nuclear Blast in 2012. Dubbed "50 minutes of expertly crafted Teutonic metal" by Outburn, which crowned Doro "...the classiest lady in metal," the CD boasts guest appearances by MOTÖRHEAD's Lemmy Kilmister and OZZY OSBOURNE/FIREWIND guitarist Gus G., and artwork by British artist and longtime Doro collaborator Geoffrey Gillespie. An import version of Doro's "Raise Your Fist - 30 Years Anniversary Edition" is currently available via the Nuclear Blast webshop to coincide with the tour and includes new and rare tracks plus a bonus CD titled "Powerful Passionate Favorites" comprised of cover versions of DIO, LED ZEPPELIN, METALLICA and KISS songs. 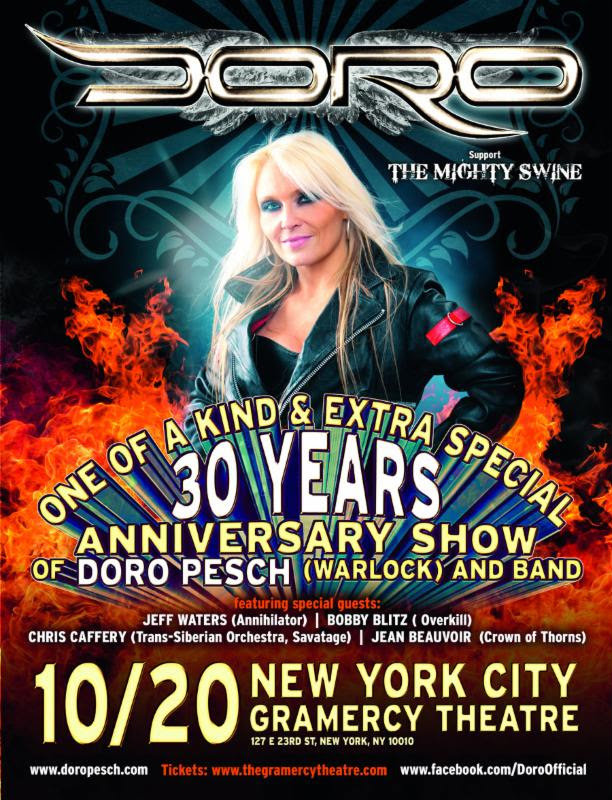