A six-minute video of Don Dokken discussing DOKKEN's upcoming album called "The Lost Songs: 1978-1981" can be seen below. The LP will be released on August 28 via Silver Lining Music.

It wasn't always multi-platinum sales and stadium gigs for DOKKEN. There was a first-phase and there were early days, and it is those bold first steps to stardom which are celebrated comprehensively on "The Lost Songs: 1978-1981" LP.

Featuring spectacular sleeve art by renowned U.S. artist Tokyo Hiro (MOTÖRHEAD, MOTLEY CRÜE), "The Lost Songs: 1978-1981" show the crackle and craft of a hungry young Don Dokken as he embarked upon a journey which started in Southern California and Northern Germany. It is a trek which is testimony to the sheer endeavor and perseverance Don Dokken showed in those few years between 1978 and 1981, starting from when he spent time at a guitar store called Drake's Music, owned by Drake Levin in Manhattan Beach, California.

A fair selection of the treasure on "The Lost Songs: 1978-1981" are from these early European days. "Felony" carries a thuggish fuzz-coated riff -think early VAN HALEN in really greasy embroidered denims, while "Day After Day" showed that Don could pen a radio-slaying ballad.

The writing and creation of "The Lost Songs: 1978-1981" are further tribute to enduring early days of struggle in both Germany and L.A., Don would return to L.A. for a spell after those brief European gigs, and he worked with Juan Croucier on material, including perhaps the truest view of DOKKEN's then-future "Hit And Run", which incredibly did not end up on the eventual "Breaking The Chains" release. From the sunbaked SoCal hook of "Step Into The Light" to the furious, fledgling, late-Sunset Strip sound of "Back In The Streets", "The Lost Songs: 1978-1981" shows Don in his unfettered early days of balls-out attitude, qualities doubtless forged in the sheer nature of the adventures undertaken in writing, recording and deciding Europe was the place to keep cutting his teeth.

"The Lost Songs: 1979-1981" not only shares that magic with the fans, it gives them the final, vital and undeniably missing (until now) early album in the DOKKEN collection.

A year ago, Dokken spoke to the WSOU radio station about the "The Lost Songs" collection, saying that it was a "fun" release that would include "songs recorded in the '70s when I was a little pup in my early 20s. And I have 12 songs that I haven't released," he explained. "So we're gonna go in and remaster them and all that, and I might put out that record and call it something like 'Dokken: The Early Days' or 'Dokken: The Lost Tapes', or something like that. 'Cause it was just an accident. I was cleaning out my locker and I found a bunch of master tapes from '77 to '79. And I said, 'What the heck are these?' And it turns out it was all these demos I did in the early '70s, before we had a record deal… It's kind of fun record. My voice sounds a lot younger. I listen to it, and I go, 'God, I sound like I've got helium in my voice.' I was 23 years old. I sound like Mickey Mouse."

Longtime DOKKEN guitarist Jon Levin recently confirmed that the band was working on material for the follow-up to 2012's "Broken Bones" album.

DOKKEN's new LP will be released via Silver Lining Music, the label owned by Thomas Jensen, one of the founders of Germany's Wacken Open Air festival.

DOKKEN's classic lineup — Dokken, drummer "Wild" Mick Brown, guitarist George Lynch and bassist Jeff Pilson — reunited for a short Japanese tour in the fall of 2016. The trek marked the first time in 21 years the four musicians had hit the road together.

Since completing the Japanese reunion dates, DOKKEN has continued to perform with the group's current lineup — which also includes bassist Chris McCarvill and drummer BJ Zampa (HOUSE OF LORDS). 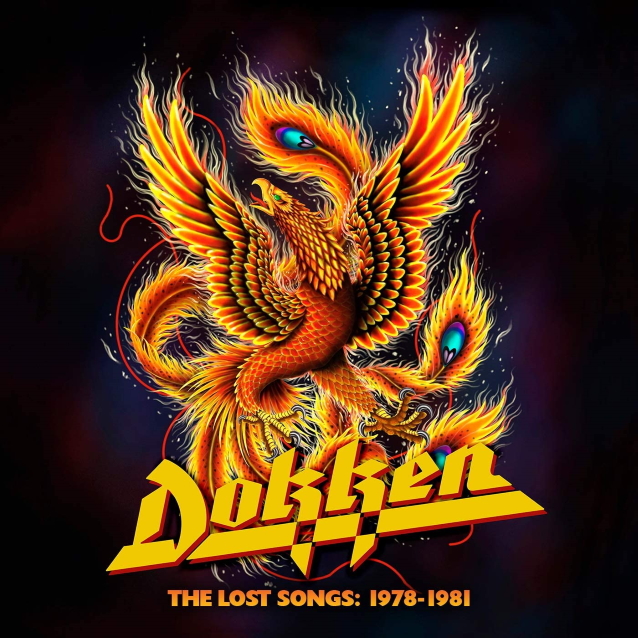