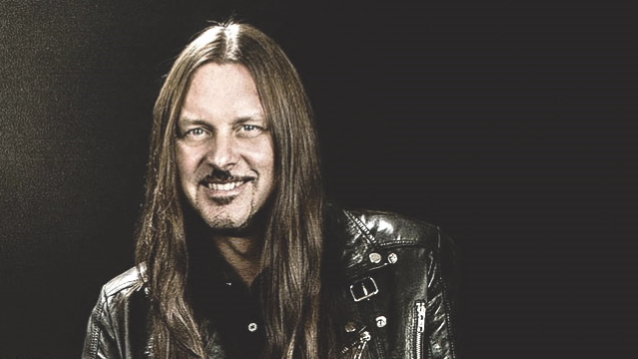 DOKKEN has announced a pair of socially distanced concerts next month that will feature special guest guitarist Reb Beach (WINGER, WHITESNAKE). Support at the shows will come from LYNCH MOB, which is led by former DOKKEN guitarist George Lynch. Both dates will include an "encore performance" with Lynch and DOKKEN leader Don Dokken.

The shows are as follows:

Beach is best known for his work in the band WINGER and for being a member of WHITESNAKE since 2002.

After WINGER disbanded for a period in the mid-1990s, Beach first joined Alice Cooper's band and later replaced Lynch in DOKKEN. With DOKKEN, he recorded one studio album, titled "Erase The Slate", and a live DVD, titled "Live From The Sun".

Since leaving DOKKEN, Beach has been a part of several different recording and touring projects. In addition to sporadic touring with WINGER, he released a solo effort titled "Masquerade" in 2002. Since 2002, he has been a member of David Coverdale's current incarnation of WHITESNAKE and has been the longest-serving guitarist/member of the band to this day, excluding Coverdale.

In a 2019 interview with The Aquarian Weekly, Beach stated about stepping into another guitar hero's shoes in both WHITESNAKE and DOKKEN: "It might cross my mind for two seconds. I don't sound anything like [DEEP PURPLE's] Ritchie Blackmore and I don't sound anything like George Lynch. I never will. I was more nervous stepping into DOKKEN than with anything else, 'cause it was right after Lynch left. During our first live show together, this guy took off his sneaker and whipped it at me, striking me right in the head. He came to the show expecting to see George Lynch and not me. There were a few people not happy to see me. By the end of the show, however, they were happy."

This past March, Lynch rejoined DOKKEN on stage at the Hard Rock Live in Biloxi, Mississippi to perform three of the band's classic songs: "Kiss Of Death", "When Heaven Comes Down" and "Tooth And Nail". The reunion was the first of several planned DOKKEN live appearances this year which include what is being billed as a "special encore performance" featuring Lynch and Dokken.

Since completing the Japanese reunion dates, DOKKEN has continued to perform with the group's current lineup — including bassist Chris McCarvill and guitarist Jon Levin. Levin also works as an attorney specializing in entertainment contract law, as well as the occasional divorce case.