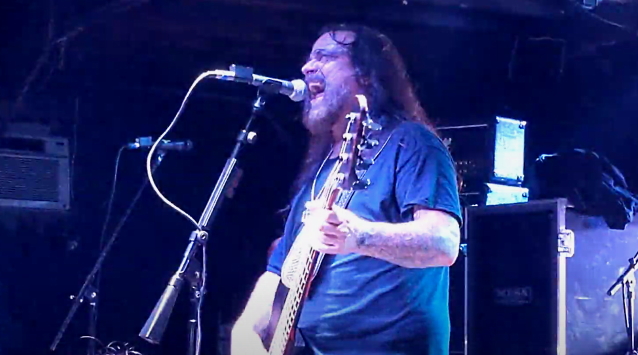 In 2022, Florida death metal veterans DEICIDE will embark on a special tour celebrating the 30th anniversary of their second album, "Legion". The Glen Benton-fronted outfit will perform the LP in its entirety, along with other tracks from the band's vast catalog.

According to Wikipedia, "Legion" "is one of DEICIDE's most musically ambitious releases, incorporating more technical riffing and song structures. The band considers this album to be its most difficult, and claims it is too chaotic. When the Hoffman brothers" — guitarists Eric and Brian — "quit the band, Eric stated that one of the main reasons was Benton refusing to play longer sets and being unable to perform the technical bass guitar riffing required for 'Legion''s material."

In a 2004 interview, Benton stated about the LP: "I think 'Legion' was ahead of its time. It was just too fast for everybody at the time. I think it just caught everybody off guard. They thought we were gonna put out a la-di-da album, and here comes this fuckin piece of music, fuckin style of music that's fuckin' over the top. Everybody fuckin hated it, all the magazines hated it; now it's years later and everybody loves it."

Back in 1995, Benton shot down the perception that he was totally unhappy with "Legion".

"I made a comment saying that 'Legion' sucked," Glen said in another interview. "Now everybody thinks I hated it. That's not true. I didn't hate the record. I just said that to the band, because that's how I wanted to get my point across at the time. As far as that record goes, the only things I did not like was that we were being rushed by the record company, and the production was not totally satisfying. Because we were being rushed, we weren't able to be selective with amplifiers and instruments, so when you compare 'Once Upon The Cross' to 'Legion', there is an obvious difference.

"The problem with 'Legion' was that we just went into the studio and played, then tried to fix things," he said. "Of course, the more you do that, the more it takes away from the sound."

In 2019, DEICIDE parted ways with guitarist Mark English and replaced him with Chris Cannella.

DEICIDE's latest album, "Overtures Of Blasphemy", was released in September 2018 via Century Media.