DEFTONES have added a series of summer U.S. tour dates to their previously announced headlining tour, which kicks off on May 8 in Charlotte, North Carolina. The second leg kicks off on August 2 in Bethlehem, Pennsylvania, and wraps up with a show in Mesa, Arizona on August 31.

The Sacramento, California-based alternative-rock band is touring in support of its upcoming album, "Gore", which is due on April 8 via Warner Bros. Records. The group has released a new track from it, "Doomed User", which is now available for purchase via all digital retailers after premiering on SiriusXM's Octane channel. "It's got a rockin' rhythm and a high tech sound that will make you shake your body down to the ground," frontman Chino Moreno said. The album's current single, "Prayers/Triangles", is climbing the rock radio charts.

DEFTONES made the rounds at this year's SXSW in Austin, headlining both Spin's 14th annual day party at Stubb's and an impromptu show at SXSW's outdoor stage at Lady Bird Lake for over 15,000 fans.

DEFTONES will perform on the April 12 edition of ABC-TV's "Jimmy Kimmel Live!" 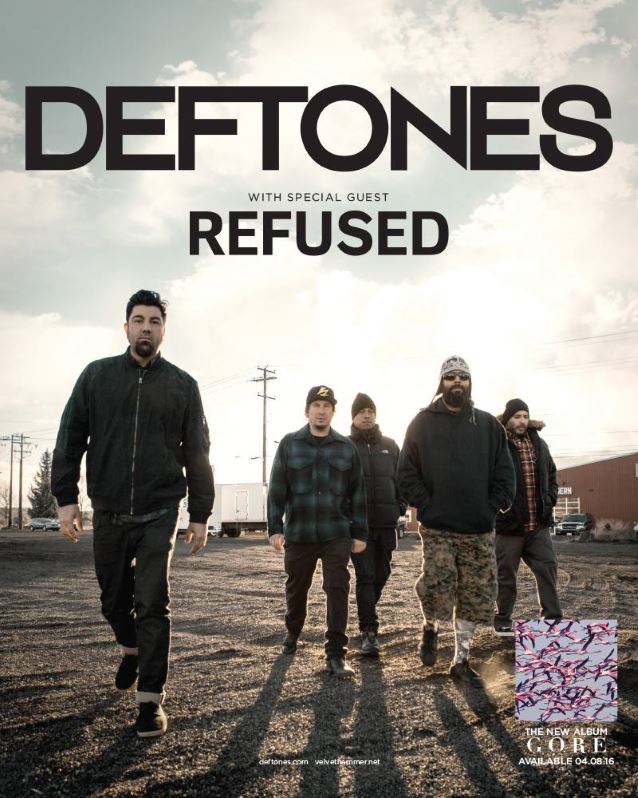