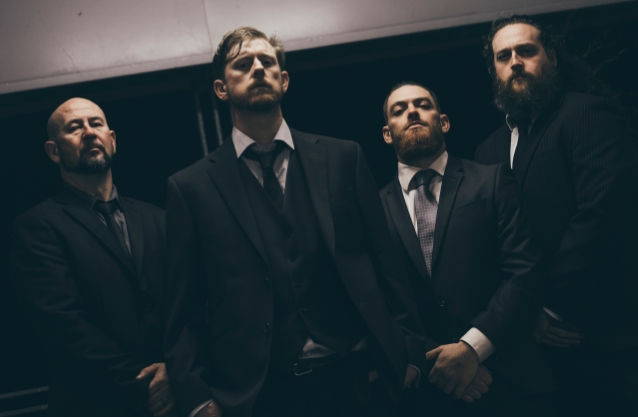 DEF CON ONE, the British metal band featuring former VENOM and MPIRE OF EVIL drummer Antony "Antton" Lant (brother of VENOM frontman Conrad "Cronos" Lant), has released a new single called "Martyr To The New Blood". The track, which was recorded in Colossus Studios in Newcastle upon Tyne and was mixed and mastered by Andy Mallaby, the bassist from North East deathcore band OSIAH, is the first single from DEF CON ONE's as-yet-untitled new album.

Antton said that he made changes in DEF CON ONE's lineup because "large cracks were beginning to show in certain people's commitments towards the band. After working on an album for over two years, interest from members was fading," he explained. "In early 2017, I was forced to replace some members. Crol Dunn was brought in on guitar and Rodrigo BVevino was brought in on vocals.

"Writing and recording was going so well, with a snippet of 'Brute Force And Ignorance' getting released and receiving overwhelming reviews," he continued. "Unfortunately, Rodrigo was given some terrible news and sadly passed away later the same year. I wasn't sure what to do at this stage, but after being contacted and receiving alot of recordings from various singers wanting to join the band, we decided to concentrate on writing and recording until the right person was found to sing for the band. We auditioned quite a few singers, and we feel Danny's ability and personality will fit the band 110%.

"With a fresh new guitar and vocal style, we needed a bassist with the skill to perform complex riffing. Brian's sound and attitude fits right in, giving the band a new lease of life and opening up new possibilities and experiences. The band is now putting the finishing touches to the new tracks."

DEF CON ONE has been hard at work writing rehearsing and recording tracks for the new album and promises it to be a "killer" LP from start to finish.

DEF CON ONE is: