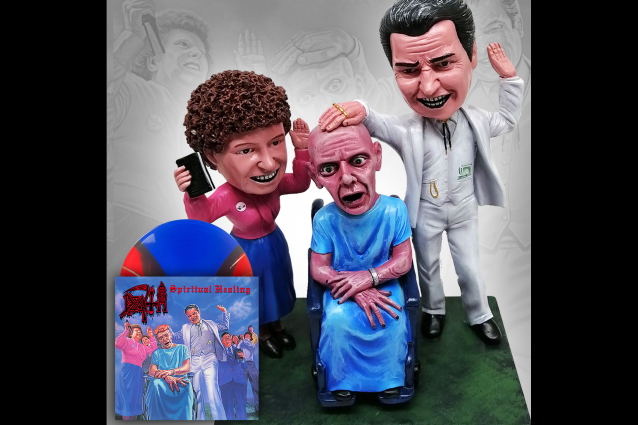 This limited-edition, seven-inch tall, resin, hand-numbered bobblehead figure comes together with the "Spiritual Healing" LP on custom butterfly effect LP, both exclusive to this package. It is strictly limited to 500 units (both the double-bobble head and the vinyl colorway).

In addition to the two-disc edition, a limited-edition (2000 machine-numbered copies) triple-CD digipak was made available exclusively from Relapse.com. The third CD featured a never-before-released live set recorded in 1990 featuring the "Spiritual Healing" DEATH lineup. An iTunes deluxe edition was also released containing five additional previously unreleased pre-"Human" rehearsal tracks not available on either of the CD versions.

Schuldiner died on December 13, 2001 after a battle with pontine glioma, a rare type of brain tumor.

Relapse released the first-ever fully authorized DEATH tab book, featuring 21 classic songs tabbed out for guitar from the band's entire discography. The book, which includes traditional notation as well as tablature, also comes with a digital download of all tracks.