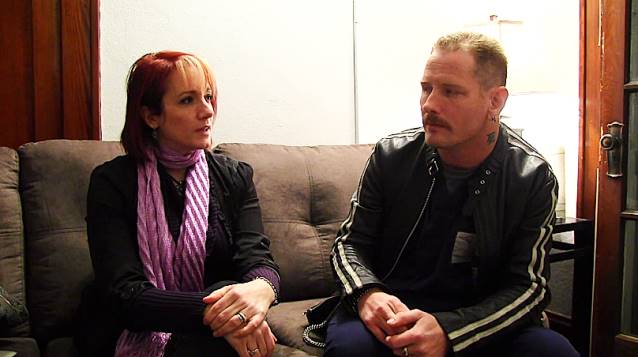 "Fear Clinic" began as a 2009 horror series for FearNet that consisted of five episodes starring up-and-coming talent like Lucas Till ("X-Men: First Class") and Kate Nauta ("Transporter 2") as well as horror icons Danielle Harris ("Halloween 4"), Lisa Wilcox ("A Nightmare On Elm Street 4") and Kane Hodder (Jason Voorhees). The series and upcoming film stars Robert Englund (Freddy Krueger in the "Nightmare On Elm Street" franchise) as Dr. Andover, a fear doctor who treats patients afflicted with crippling phobias by inducing hallucinations inside his exposure therapy invention; The Fear Chamber. The series, which focused on a different phobia every episode, received critical acclaim including two 2010 Streamy Awards ("Best Sound Design" and "Best Visual FX" for Hall's company Almost Human) and reached over five million hits on FearNet.com. It has since been added to On Demand and mainstream channels YouTube and Hulu, making it the most-watched horror web series in history.

The project has been in active development for a feature film, written by Robert Hall and Aaron Drane. The story has seen a shift from the series, however; instead of the episodic nature of the original show, the film will focus on a variety of phobias that all stem from one traumatic event.

"Fear Clinic" will see Taylor in the role of Bauer, one of the employees of the clinic who struggles to keep things under control when all Hell breaks loose.

Felisha Terrell ("Days of Our Lives"), who wowed viewers with her recurring role as Kali on MTV's "Teen Wolf", will reunite with director Robert Hall as she joins "Fear Clinic" to take on the role of Osborn, a therapist at the clinic and second-in-command to Dr. Andover (Robert Englund).

Also attached to the project is Brandon Beemer ("Days of Our Lives", "The Bold And The Beautiful") as Dylan, a famous moto-cross rider who will stop at nothing to protect his girlfriend from the darkness plaguing their lives.

The film may be a more mature realization of the concept from the series, but at the heart of the story it focuses on the cerebral nature of fear itself and the manifestations it can take for different people.

The film opens with a tragedy that launches five people into the public eye and enlists Dr. Andover to lend his expertise to help them overcome trauma-induced phobias. A year later, terrifying "aftershocks" rattle the survivors, leading to them finding their way back to the fear clinic seeking answers. As they line up for another turn in the chamber, Dr. Andover believes that something more sinister may be at work.

"Fear Clinic" is scheduled for a Halloween 2014 release.