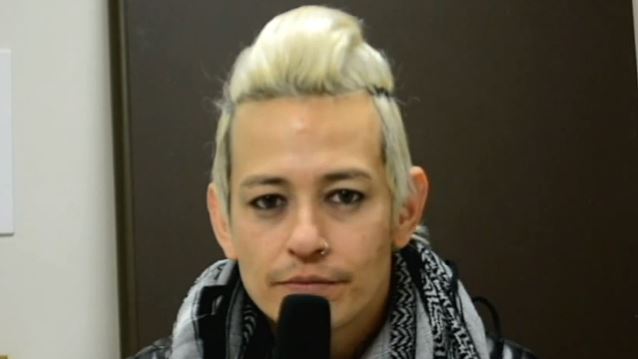 Sofa King Cool recently asked guitarist Miguel Rascón of COAL CHAMBER, the reformed '90s alt-metal band fronted by current DEVILDRIVER singer Dez Fafara, to recall a particularly funny story from the road. Miguel said (see video below): "Well, one thing that's pretty funny is, when we were in Europe a couple of years ago, in Australia [sic], I believe, I would get really drunk and pass out and just lay on the couch and everybody would lay potato chips on me. And it's not that funny. It wasn't funny at the moment, but I'd wake up and there [would be] Doritos all over me… So, basically, the guys love to play games on me, 'cause I seem to pass out before everyone. And you pass out, it's all… They draw shit on me, draw cartoons on me, cocks on me… Yeah, I'm that guy. [Laughs]"

COAL CHAMBER's comeback album, "Rivals, will be released on May 19 North America via Napalm. The group's first CD in over thirteen years was recorded in part at Audiohammer studio in Sanford, Florida with producer Mark Lewis (DEVILDRIVER, CANNIBAL CORPSE).