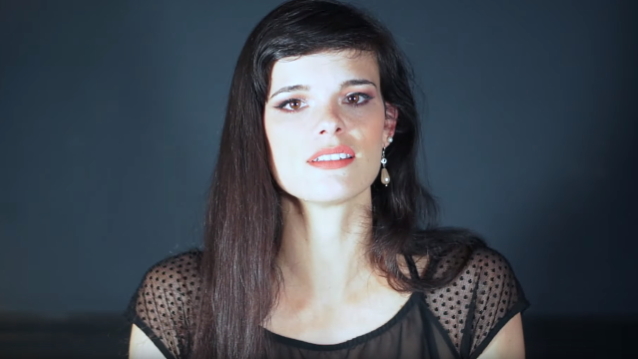 Led by NIGHTWISH and with EPICA, DELAIN and WITHIN TEMPTATION also making headway, symphonic metal is often pigeonholed because of the bombastic traits so intrinsic to its sound. The style's formula is often duplicated by bands from all corners of the globe presenting lineups similar in formation, usually with a lone female frontwoman joined by a mostly male supporting cast. While this setup is generally the path of least resistance for newer symphonic metal acts, it is also a double-edged sword — detractors are often quick to point out the similarities between its bands.

According to VISIONS OF ATLANTIS frontwoman Clémentine Delauney, her band is committed to "redefining the borders" of symphonic metal in hopes of expanding their sound and fanbase. In a recent interview with France's Loud TV (see video below), Delauney was asked how her role in VISIONS OF ATLANTIS has expanded since she joined the band in 2013, and what it means for the band's sonic development.

"Since the previous record, 'The Deep & The Dark', I was given the amazing chance to take part in the whole writing process, the lyrical process, writing the lyrics, [which] I was involved [in] since the first record we did together," she said. "I really felt like I was starting to make this band my own when I really could convey my own ideas, my own emotions, things I really wanted to talk about throughout our music. It's even more true with our new record, 'Wanderers', because I was even more involved in writing the melodies. I wrote one personal song, again, for that record; the title track, 'Wanderers', it's a song of mine. With time, I really feel as one when I'm on stage and performing these songs and singing the lyrics that I wrote that are things that are really connected with who I am. I feel like one soul onstage with a message to deliver. There's no longer me and music. It's one now.

"I think it became a new trademark for VISIONS OF ATLANTIS to not stick to the strict definition of what symphonic metal sounds like," she continued. "We actually would like to widen the genre and the style and to do dare say, 'We do symphonic metal. But symphonic metal can sound like all these kind of songs. Not just the bombastic, highly orchestrated music.' We do have tracks like this, the opening track 'Release My Symphony'. It's the longest track on the album. It's a very epic track with a lot of things going on with the orchestral [elements], but with the more classical sort of singing. This one totally represents the symphonic metal genre. We go from that to the most intimate songs, also. This is what we're able to create. This is what we want to share with people as well. We are a symphonic band and we want to open up the genre. Sort of redefine its borders."

"Wanderers" will be released on August 30 via Napalm Records. The album will be the first to feature new male singer Michele Guaitoli. 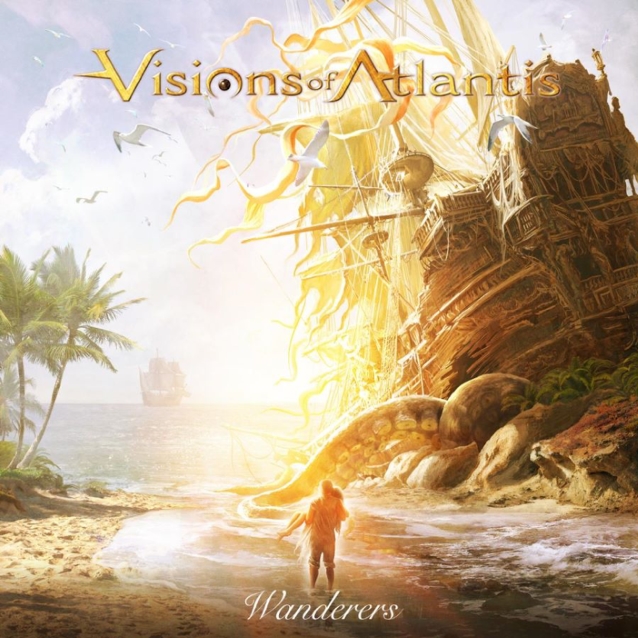