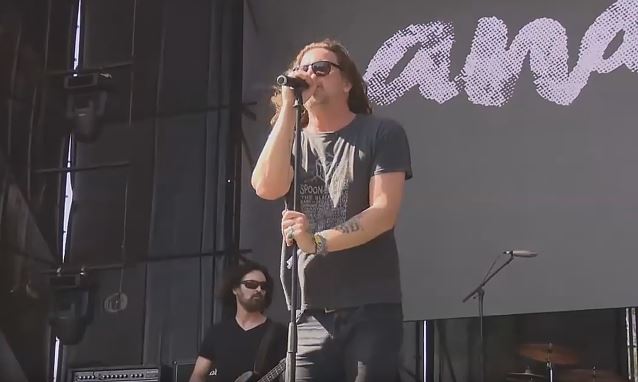 Professionally filmed video footage of CANDLEBOX's March 19 performance at Lollapalooza Chile can be seen below.

CANDLEBOX will release its sixth album, "Disappearing In Airports", on April 22 via Pavement Entertainment. The CD showcases the group's introspective and poetically candid songwriting with their signature musical immediacy.

CANDLEBOX's world tour will include performances at festivals such as Welcome To Rockville and Carolina Rebellion.