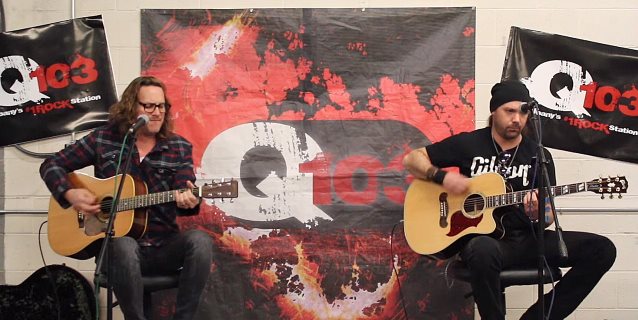 Video footage of CANDLEBOX performing acoustically at the studios of the Q103 radio station in Albany, New York can be seen below.

CANDLEBOX will release its sixth album, "Disappearing In Airports", on April 22 via Pavement Entertainment. The first single, "Vexatious", was released to radio on February 2.