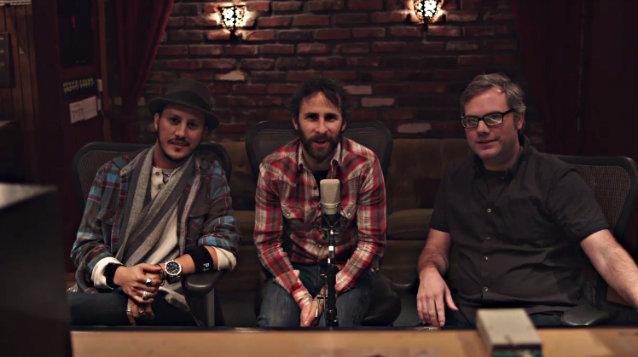 According to The Pulse Of Radio, the mixing console that was used to record albums like PEARL JAM's "Ten" and SOUNDGARDEN's "Louder Than Love" has been reported as being in desperate need of repairs. So the owners at Seattle's London Bridge Studio launched a crowd-funding campaign to raise money to completely refurbish it and keep it accessible to local musicians, however, they wanted to reach that goal by this past Saturday and were unsuccessful.

The console was first installed in 1985, the console — a 1973 Neve 8048 mixing board — has served as the conduit between band and tape machine for records by ALICE IN CHAINS, TEMPLE OF THE DOG, MOTHER LOVE BONE, 3 DOORS DOWN, DEATH CAB FOR CUTIE, CAT POWER and more.

Fixing the console comes with a big price. The studio wanted to raise $75,000.

"We came to the consensus that the Neve was simply too important to the Seattle music community to replace it," London Bridge co-owner Eric Lilavois said in a statement. "Rather than raise our studio rates and make the studio inaccessible to the local and global music community, we're inviting those interested in preserving this rich history to take part in the restoration and help ensure this board's accessibility for another 40 years."

Another London Bridge co-owner, Jonathan Plum, said that there are only a few Neve consoles like this one left in the United States. "We're asking our community for support," Ott added. "The importance of the Neve and its historical significance can provide opportunities for generations of artists to come."

Donations came with rewards, including "Team Neve" T-shirts, autographed FLEET FOXES LPs, a signed 3 DOORS DOWN drumhead, studio time in various configurations and, for $15,000, a session with a "surprise guest producer." A press release reveals that said producer is Rick Parashar, who worked on TEMPLE OF THE DOG's "Temple Of The Dog", PEARL JAM's "Ten", ALICE IN CHAINS' "Sap", BLIND MELON's "Blind Melon", NICKELBACK's "Silver Side Up" and BON JOVI's "Have a Nice Day", among other records.

They only raised $22,645, and the campaign is now closed. It has not been revealed as to what will now happen to the console.