"Scream For Me Sarajevo", a documentary telling the story of a 1994 concert given by IRON MAIDEN singer Bruce Dickinson while the Bosnian War was raging and Sarajevo itself was under siege, will be released beginning May 10 in select theaters across the U.S. and Canada, it was announced today by CineLife Entertainment, the event cinema division of Spotlight Cinema Networks, and Eagle Rock Entertainment, a producer and distributor of music films.

"We are excited to be working with Eagle Rock Entertainment to bring this special film to moviegoers, and Bruce Dickinson and IRON MAIDEN fans in the U.S." said Mark Rupp, managing director, CineLife Entertainment.

"Scream For Me Sarajevo" will be screened in select U.K. cinemas from April 17. A special London screening will take place at Vue Cinema West End on April 11. 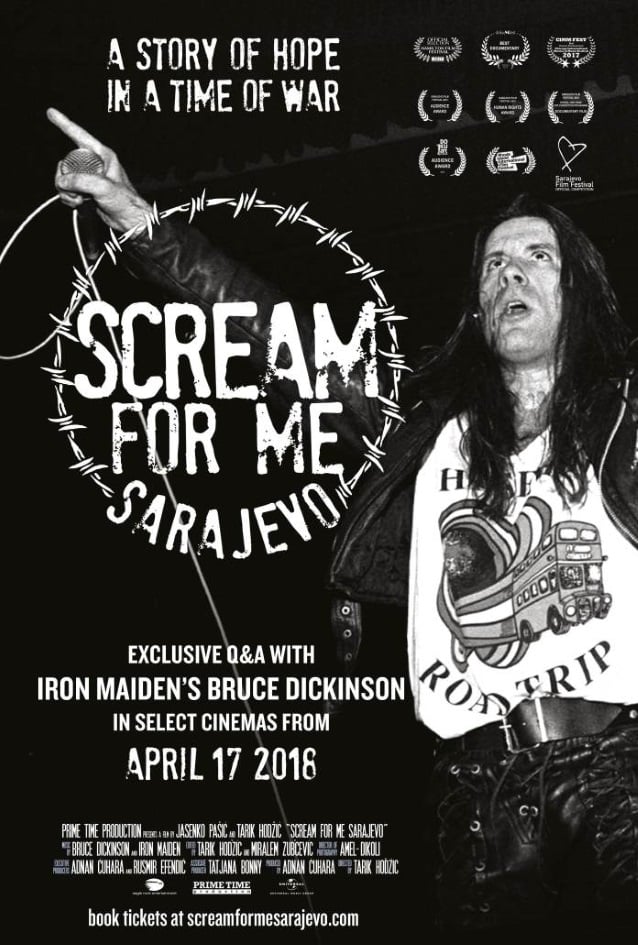