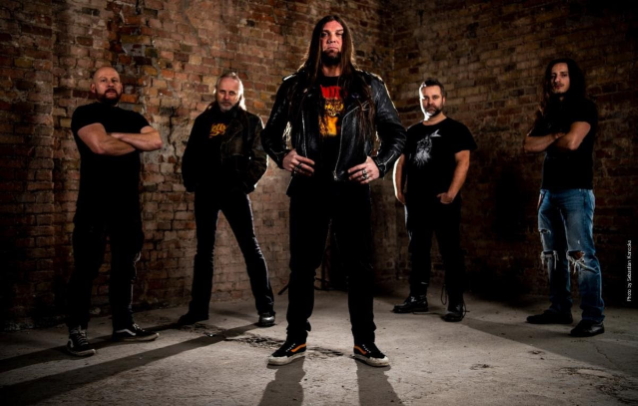 To celebrate the announcement, the band has just released a new track, "Je Suis Charlie". Check out the music video directed by Nico Schiesewitz of Vizo Films below.

BONDED said" "Hey Metalheadz! We are pleased to launch the first single from our upcoming album, 'Rest In Violence', for all of you today. The track is called 'Je Suis Charlie' and lyrically brings forth a straight message and upright statement for the freedom of speech and against any religious oppression! We really hope you will enjoy the song and its video clip directed by Nico Schiesewitz / Vizo Films. Stay tuned for more BONDED news soon."

"Rest In Violence" also showcases OVERKILL's Bobby "Blitz" Ellsworth as guest vocalist as well as former KREATOR bass player Christian "Speesy" Giesler on the album's title track. The album artwork was created by Björn Gooßes of Killustrations (ABORTED, THE CROWN, CARNAL FORGE) and can be seen below.

The album's limited first-pressing edition CD will come with O-Card packaging, a sticker and two inserted bonus tracks: "The Beginning Of The End" and "To Each His Own". The album is also available as LP on 180-gram vinyl, both on black vinyl as well as in the following limited colored editions:

SODOM bassist/vocalist Thomas "Angelripper" Such fired Kost and Freiwald in January 2018, explaining in a social media post that he wanted "to start all over again with fresh and hungry musicians." Kost and Freiwald later released a joint statement claiming that they were dismissed from the band by Tom via messaging platform WhatsApp even before Tom had a chance to hear any of the material the duo had been working on for the group's next album. 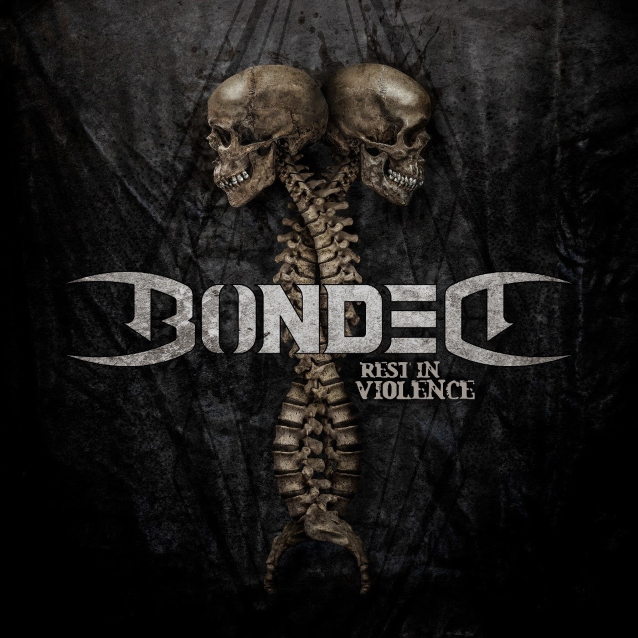