In a career first, iconic musician and TV and film star Ice-T will appear on "The Howard Stern Show" as the featured "in-studio" guest this Wednesday, June 28 at 9 a.m. EST.

Be sure to tune in to SiriusXM's Howard 100 channel to hear the incredible Ice-T life story, while spotlighting a few of the new BODY COUNT "Bloodlust" album tracks throughout the course of the interview.

"Bloodlust" was released on March 31 via Century Media Records. The disc was recorded with producer Will Putney (MISS MAY I, UPON A BURNING BODY), who also helmed 2014's "Manslaughter". The new CD features guest appearances by Max Cavalera (SOULFLY, SEPULTURA), MEGADETH mainman Dave Mustaine and LAMB OF GOD frontman Randy Blythe. The effort also contains BODY COUNT's medley of the SLAYER songs "Postmortem" and "Raining Blood".

Ice-T recently told Revolver magazine about the "Bloodlust" album title: "Bloodlust is part of the human makeup. Murder is about as normal as love. It's in our nature to want to get violent and kill, but we know there are consequences. That's why we like violent movies, video games and combat sports. It's in our DNA. It's what we are."

BODY COUNT will make its long-awaited return to the stage in North America next month. The band will play its first show in the states since releasing "Bloodlust" on July 15 at the Chicago Open Air festival at Toyota Park in Bridgeview, Illinois. 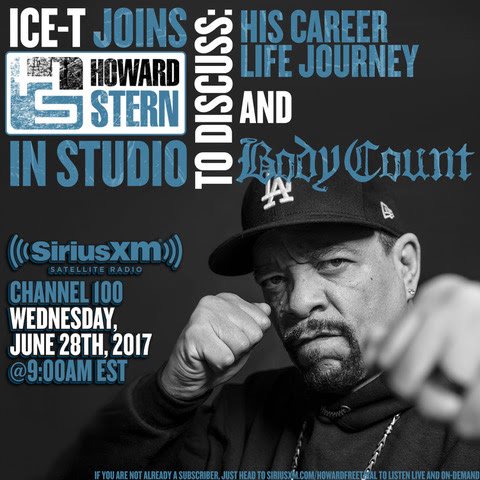