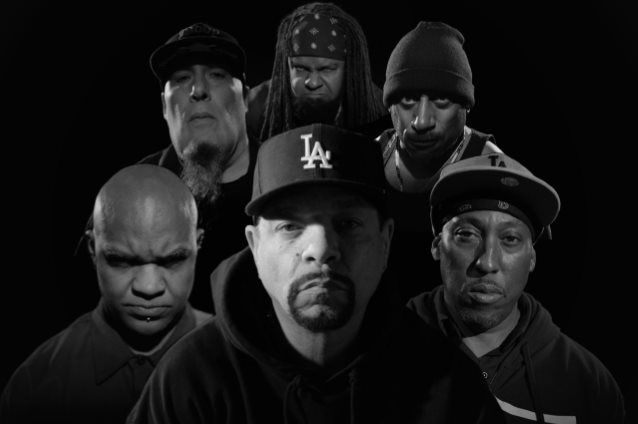 "This Is Why We Ride", the new video from BODY COUNT, the metal band fronted by hip-hop legend, actor and director Ice-T, can be seen below. The clip was directed by Treach (NAUGHTY BY NATURE).

"This Is Why We Ride" is taken from BODY COUNT's latest album, "Bloodlust", which was released on March 31 via Century Media Records.

Ice-T told Revolver magazine about the "Bloodlust" album title: "Bloodlust is part of the human makeup. Murder is about as normal as love. It's in our nature to want to get violent and kill, but we know there are consequences. That's why we like violent movies, video games and combat sports. It's in our DNA. It's what we are."