Québec City, Quebec, Canada-based metallers BLINDED BY FAITH are preparing to enter the studio to record three new songs ("The Pace Of The Race", "Dead End" and "Drastic Medicine"), to be used to procure a new record deal. During the process, the band will work with Antoine Baril (ex-AUGURY drummer), Yannick St-Amand (DESPISED ICON, BENEATH THE MASSACRE) and Pierre Rémillard (ANONYMUS, MISERY INDEX, MARTYR).

BLINDED BY FAITH's sophomore album, "Weapons Of Mass Distraction", was released in May 2007.

BLINDED BY FAITH is: 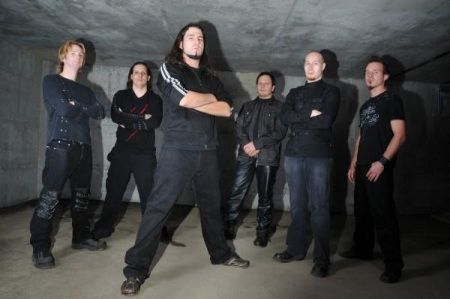