Los Angeles rockers BLACK VEIL BRIDES have announced their next global virtual experience, "Unplugged" — the band's final streaming event of 2021. This announcement comes as BLACK VEIL BRIDES were just No. 1 on the BandsInTown X Billboard Top Livestream artists for the week of April 3. Recorded live in Los Angeles at the Den Studios, "Unplugged" will offer an in-depth look at the stories behind the songs from every part of BLACK VEIL BRIDES' catalog. Radio hits and fan favorites comprise the setlist for and even the song "Vale (This Is Where It Ends)" from the band's fifth studio album — which has never been performed live — makes an appearance at the acoustic event. The global virtual acoustic experience is scheduled for April 30 at 4:00 p.m. PDT (Los Angeles) / 7:00 p.m. EDT (New York City) / 12:00 a.m. BST (London).

"Growing up, I loved getting the opportunity to watch my favorite bands sit down and go into detail about their entire back catalog of material. Whether it was KISS on MTV's 'Unplugged' or Billy Idol on 'VH1 Storytellers' this format has always appealed to me," explains singer Andy Biersack. "We are so excited to give fans of the band a set list that spans our entire career and the stories behind the making of these records and songs."

BLACK VEIL BRIDES' new album, "The Phantom Tomorrow", is due on June 4 via Sumerian Records.

Biersack told "Cutter's Rockcast" about the lyrical themes covered on "The Phantom Tomorrow": "It's a concept record. There is a comic book happening as well. I actually just got off the phone this morning with the publishing company for the comic book. We're developing all the artwork and everything for that. The story is essentially the idea… In our society, especially now, we have this love of building up heroes and obsessing over other people who often don't give a shit about you or anybody else, and we kind of have these false idols and heroes. And so the story is kind of about taking this mythological character and the people putting all of this power on to them, and then ultimately turning their back on the character because nobody can fulfill the dreams and ideas that you put on somebody else. So it's an alternate version of our own timeline where our obsession with heroes and the iconography of somebody that's aspirational kind of gets out of control and becomes our whole society."

Regarding how he came up with "The Phantom Tomorrow" concept, Andy said: "In January of last year, I just kind of sat down and started writing this story. I do a lot of drawing when I'm writing as well. I'm not great, but I like to be able to represent my ideas in that way. So I wrote out this whole story and drew character designs, and then, about a week and a half later, we were set to enter the studio, and it just kind of coincidental that this whole rush of this idea came to me. And so I went to the studio with everybody and said, 'Look, this is what I think we should do,' and laid out the story and the plot and the ideas. 'Cause we've done concept records before. The kind of method that we've found is best is I give the concept and the ideas, as far as the narrative perspective, to the band, and then that is how we write as a band together, to get tone and how we are gonna get through this journey. I will take those songs and then go basically write the lyrics to serve the story and plotlines along the journey from song one to the last song.

"There are unfortunate kind of shackles that are put on it — meaning that you've gotta write within the context of what you're writing," he continued. "But I tried to keep this one more open-ended where it's applicable… 'Cause I didn't wanna write about stuff I don't know; I wanted it to be about my experience. And there's really nothing about our story that doesn't mimic the current situation, whether it's on a personal level with people that I've known, or on a sociopolitical level, with the craziness of the world right now. The ideas are universal, and so that made it a little bit easier to kind of get through the journey. But as far as the comic book goes, it's kind of the same thing — I come up with the story and the artwork ideas, and then work with people who are much more talented than I am to make that a reality."

Eagleton previously played with Biersack (a.k.a. Andy Black) on his solo tour. 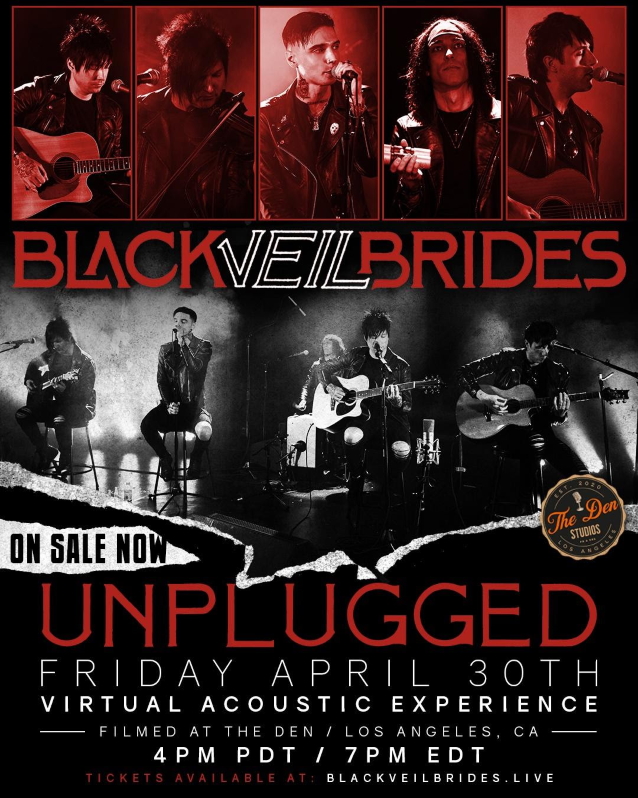