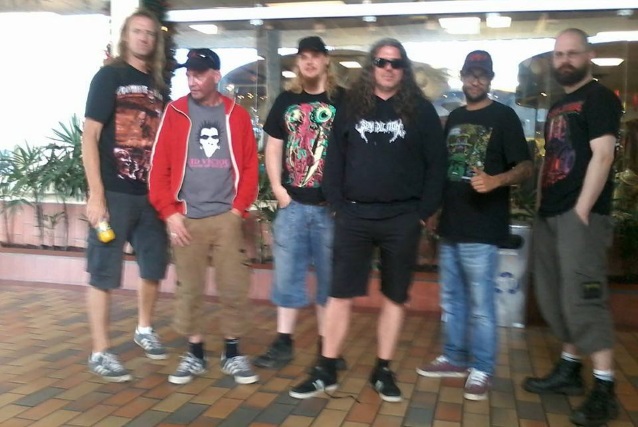 Long-running Birmingham, U.K.-based extreme metallers BENEDICTION are in the process of writing their first album in 10 years.

After getting together a few months ago, guitarists and original members Darren Brookes and Peter Rewinsky have been compiling ideas for a new release. Both agree that it's the best stuff they have written for a really long time and say it will not disappoint any BENEDICTION fans. Vocalist Dave Hunt, who has been in the band since 1998, is also enthused about the new music and is currently writing lyrics as the material is being presented to him.

"It's the first time in forever that we've been this excited," Brookes said. "Can't wait to get cracking and to get back on stage."

BENEDICTION's first concerts in three years will take place on the 70000 Tons Of Metal cruise in early February.

Mark "Barney" Greenway was the lead vocalist on BENEDICTION's debut album, "Subconscious Terror", which came out in 1990. Shortly after the LP's release, he exited the band to join NAPALM DEATH.