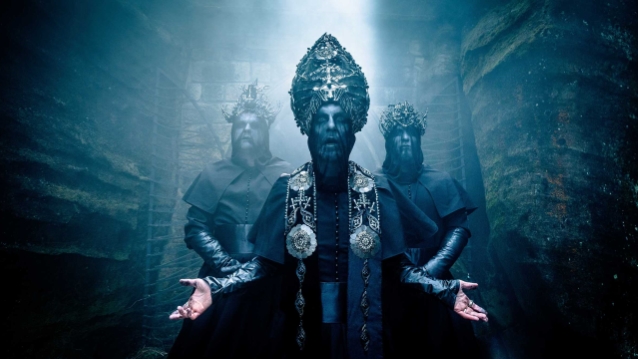 On October 5, Polish black/death overlords BEHEMOTH will unleash their new album, "I Loved You At Your Darkest", upon the world via Metal Blade Records in North America and Nuclear Blast in Europe. In anticipation of this record's release, two "I Loved You At Your Darkest" listening parties will take place next month in New York and Los Angeles — featuring appearances by frontman Adam "Nergal" Darski. Be the first to hear the album before release date and RSVP now at: behemothpartynyc@gmail.com (New York City; September 11 at The Stanton Social) or behemothpartyla@gmail.com (Los Angeles; September 13 at The Love Song Bar at Regent DTLA). RSVP is required, but spaces are limited; RSVP doesn't guarantee entry (admittance is on a first-come, first-served basis, so arrive early!). See event flyers for more details.

Unlike "The Satanist", which was primarily recorded in one studio, "I Loved You At Your Darkest" saw its production spread across Poland and the United States. It was produced by the bandmembers themselves, with drum co-production by Daniel Bergstrand (MESHUGGAH, IN FLAMES), mixing by Matt Hyde (SLAYER, CHILDREN OF BODOM) and mastering by Tom Baker (NINE INCH NAILS, MARILYN MANSON). Which is to say nothing of the 17-piece Polish orchestra arranged by Jan Stoklosa and engineered by Tomasz Budkiewicz.

Asked by Metalshop TV in a recent interview if BEHEMOTH's new single, "God = Dog", is representative of "I Loved You At Your Darkest", Nergal said: "Well, in the first place, we have other so-called obvious single choices that were more, I'd say, approachable or easygoing. But unlike other records, or other artists, we [were], like, 'No. Let's bring something really radical and extreme.' Because we are this band in the first place — it's crazy, it's blast beats, it's multi-layered, it's ups and downs, it's valleys and mountains — and it's all within one song, and it's very dynamic, and that's what BEHEMOTH is in the first place."

He continued: "The album itself is even more adventurous than the song, so I just thought that it's a beautiful statement right in the first place, and then we'll follow it [with other tracks] eventually. I think it really intrigued people. I mean, it seems like, judging by the reaction, [it got] massive feedback. It did the trick, it did really well, people love the song. Most of the people I meet, [they are], like, 'Wow!' They love the song, they love the imagery around it. So wait for other cuts to be revealed, because there's more insanity behind it." 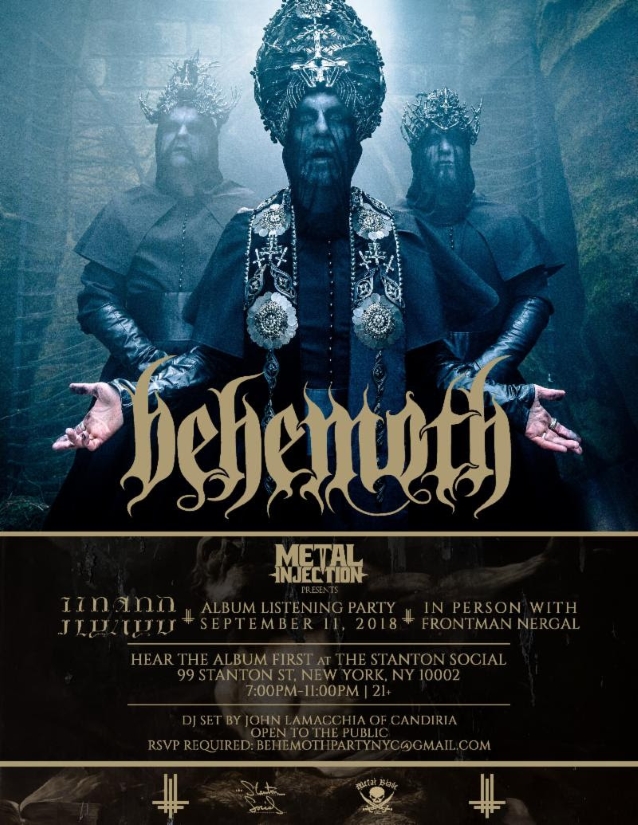 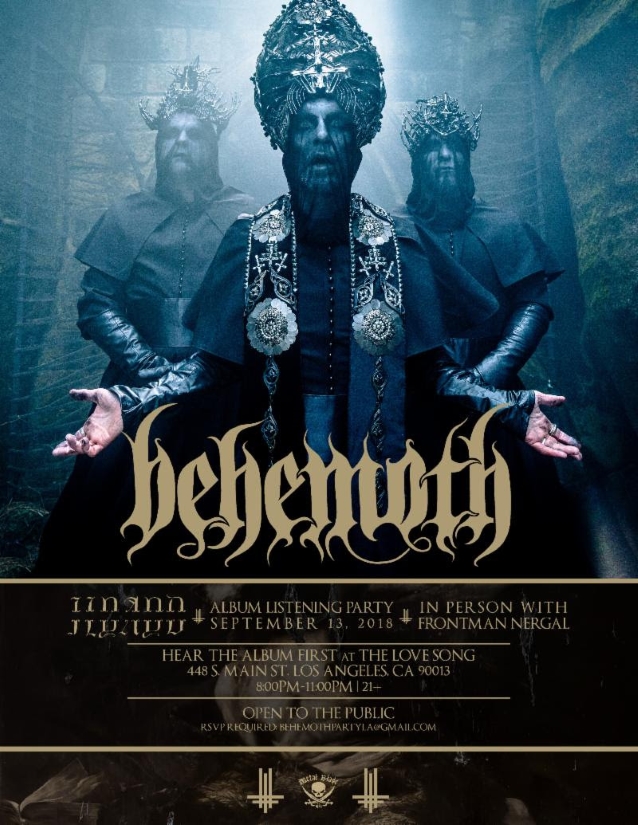